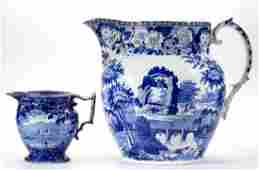 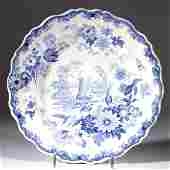 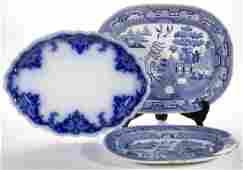 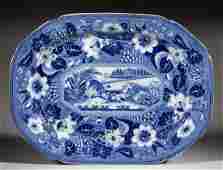 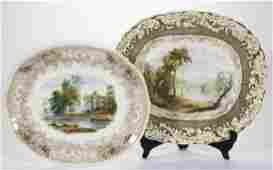 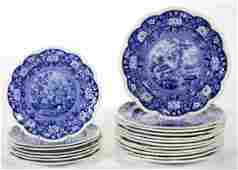 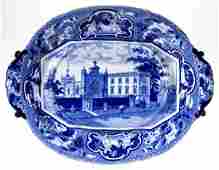 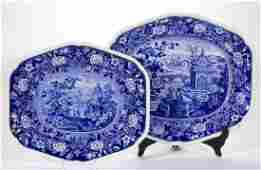 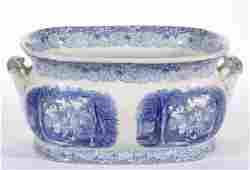 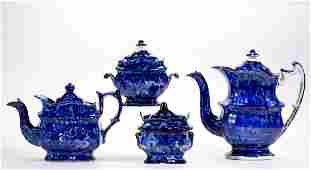 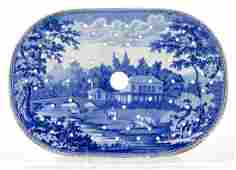 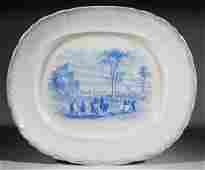 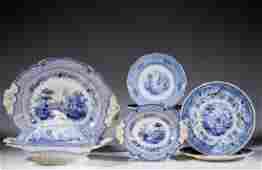 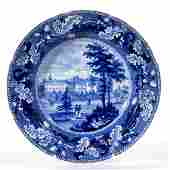 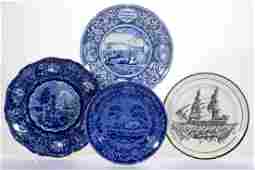 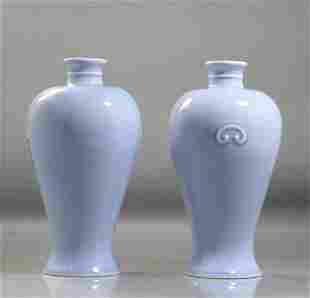 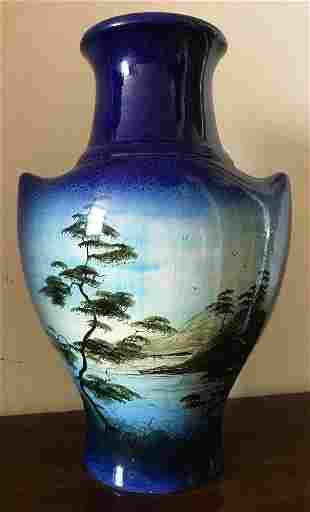 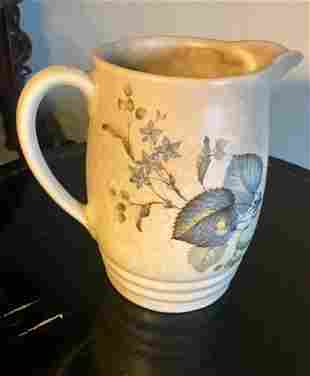 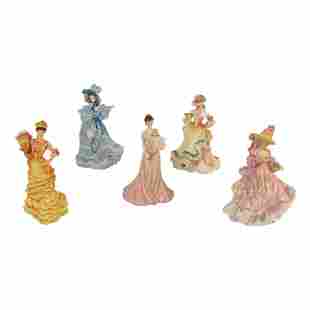 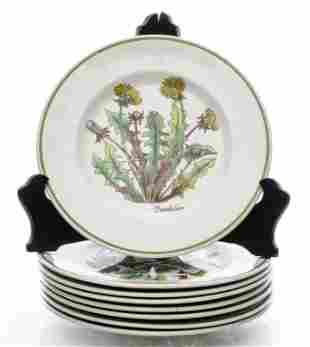 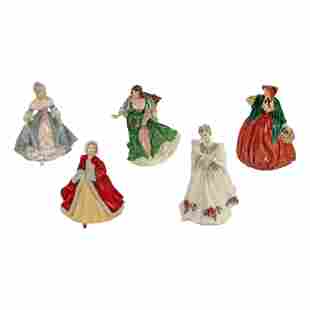 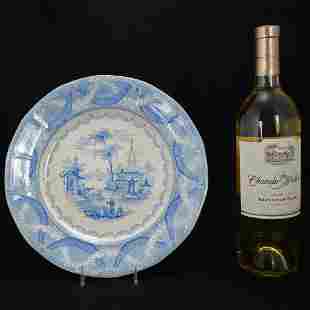 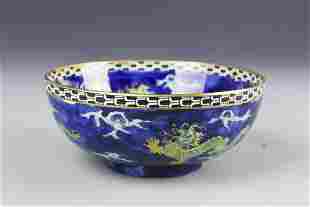 England, Ceramic Dragon Bowl, deep potted dish with high footed base, dragon designs throughout against bright blue ground, mark on base. Width 6 1/2 in., Height 2 3/4 in. 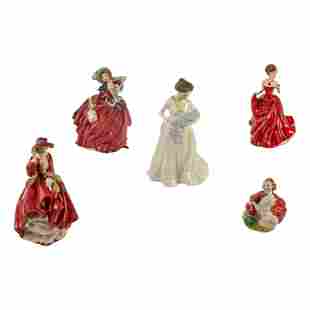 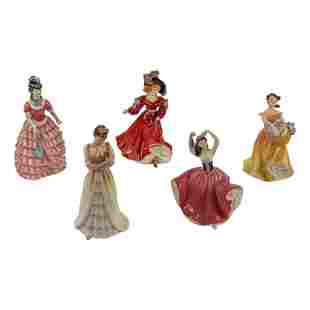 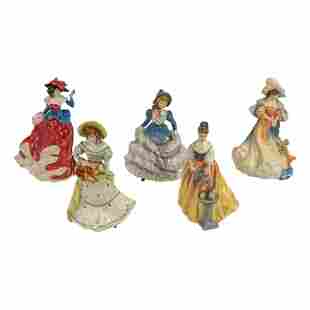 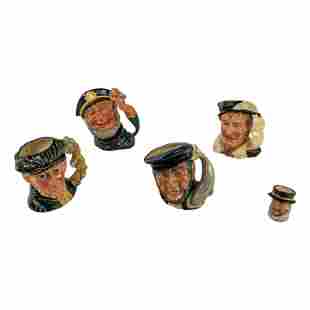 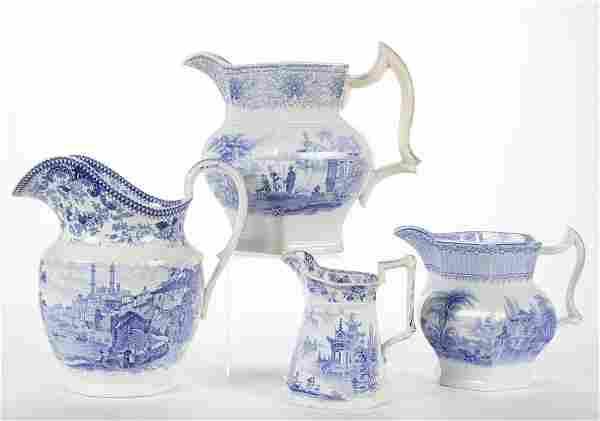