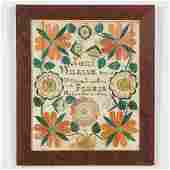 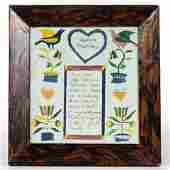 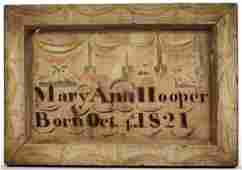 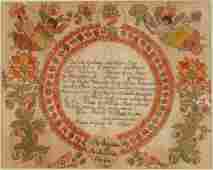 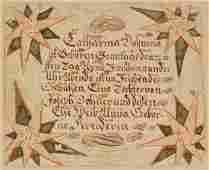 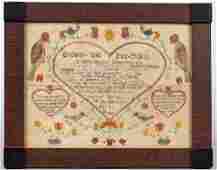 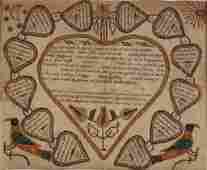 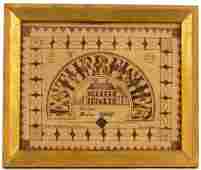 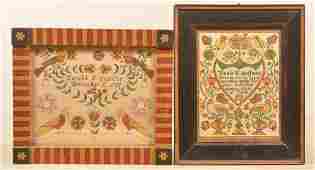 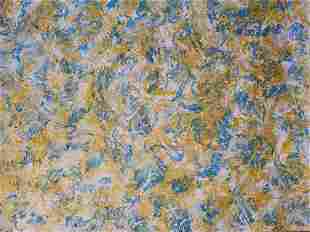 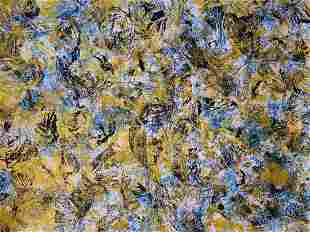 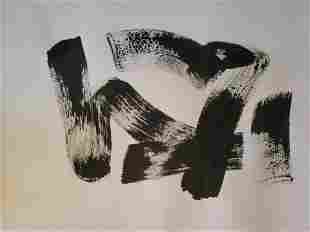 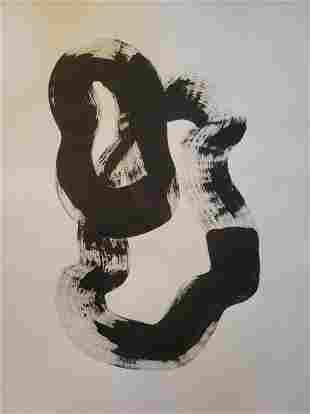 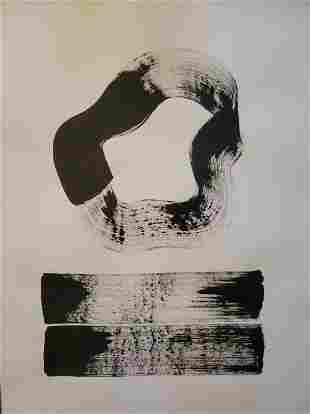 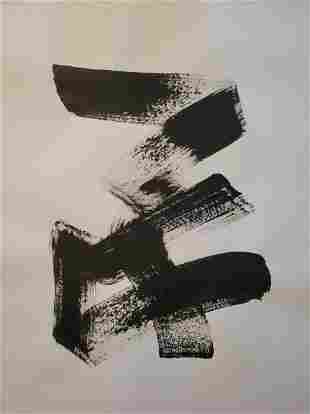 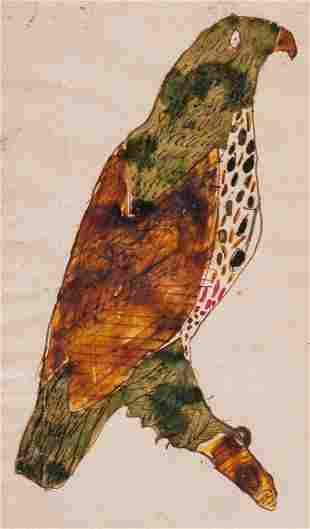 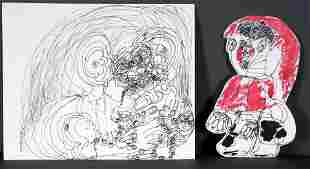 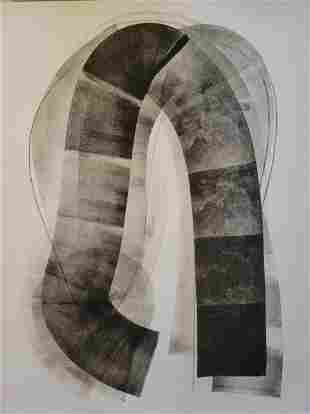 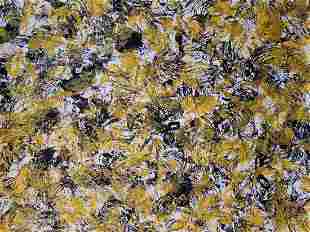 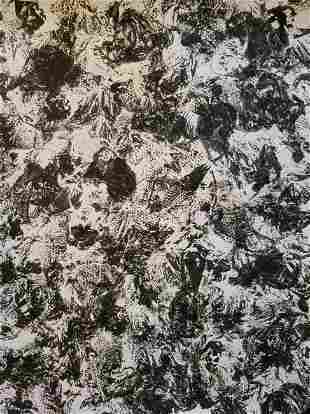 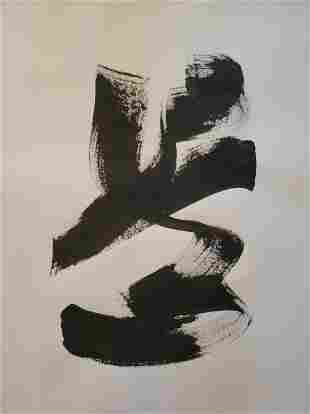 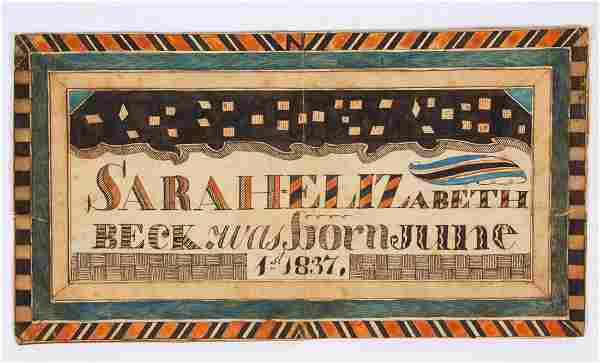 AMERICAN FOLK ART FRAKTUR BIRTH RECORD, watercolor and ink on paper, inscribed "SARAH ELIZABETH / BECK was born JUNE / 1st 1837" in stylized script, abstract starry sky above and stonewall-like structure below, all within a triple border, the outer portion in a barber's pole or candy-stripe design, verso exhibiting painstakingly-executed design, featuring a small reserve within a basket-weave hairwork-style field, illegible partial inscription. Currently housed in a modern frame. Probably New Jersey. Dated 1837. 4 7/8" x 9" object, 10" x 14" OA.
Very good overall condition (not laid down) with minor toning and discoloration, two minor tears at edge with other minor edge and corner wear, light vertical fold line at center, heavier discoloration to verso (not visible recto).
Provenance: From the private collection of Dan Wagoner, New York, New York and Romney, West Virginia.
Catalogue Note: There is a 12-year-old Sarah Beck recorded in the 1850 census for New Hanover, Burlington, New Jersey living with her parents, James and Charlotte Beck, and her younger brother, William. James Beck is listed as a "tailor" owning $800 worth of real estate.
One of the country's most celebrated modern dancers and choreographers of the second half of the 20th century, Dan Wagoner started life far from the big stage in rural West Virginia. Born in Springfield (population 150 at the time), Wagoner was first introduced to the performing arts through his experiences in grade school. Later, as a student at West Virginia University in Morgantown, he discovered modern dance and began taking classes. After serving in the Army Medical Corps at Walter Reed Hospital, Wagoner moved to New York to pursue a dance career. There he worked with Martha Graham and Paul Taylor, among others, and eventually established his own studio and troupe, which continued in operation for 25 years. In the latter part of his career, Wagoner shifted his efforts to teaching and directing, his work taking him to UCLA, Connecticut College, Harvard University, the London School of Contemporary Dance, and Florida State University.
As a collector, Dan Wagoner has always been drawn to backcountry folk art and Americana, "country things, what farmhouses would have had," as he put it in a 1995 interview for "Dance" magazine. In 1970, Wagoner purchased the 1789 Kurkendall House, an important stone home on the South Branch of the Potomac River near Romney, West Virginia, and with the help of his nephew, Gene Williams, began the laborious process of restoration. With no electricity and no running water, and the only access by river crossing or by train, Wagoner made this his vacation home, a place of respite from the bustle of city life. Even today, Wagoner's West Virginia stone house imparts an unforgettable feeling of tranquility, broken only here and there by the sound of cattle or the nearby passing train. It was in this stone house that Dan displayed his collection of painted furniture, folk art, and textiles. Jeffrey S. Evans & Associates is honored to work with Mr. Wagoner's collection as we help to pass along these treasured objects to a new generation.