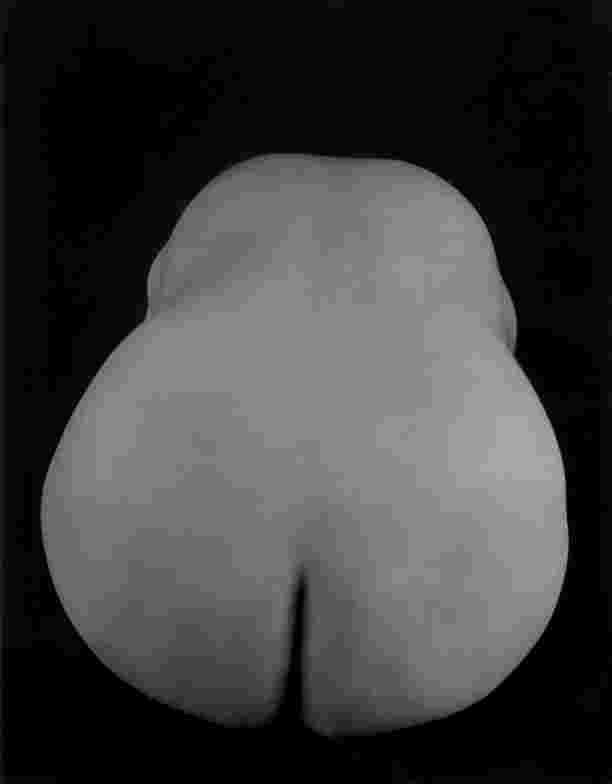 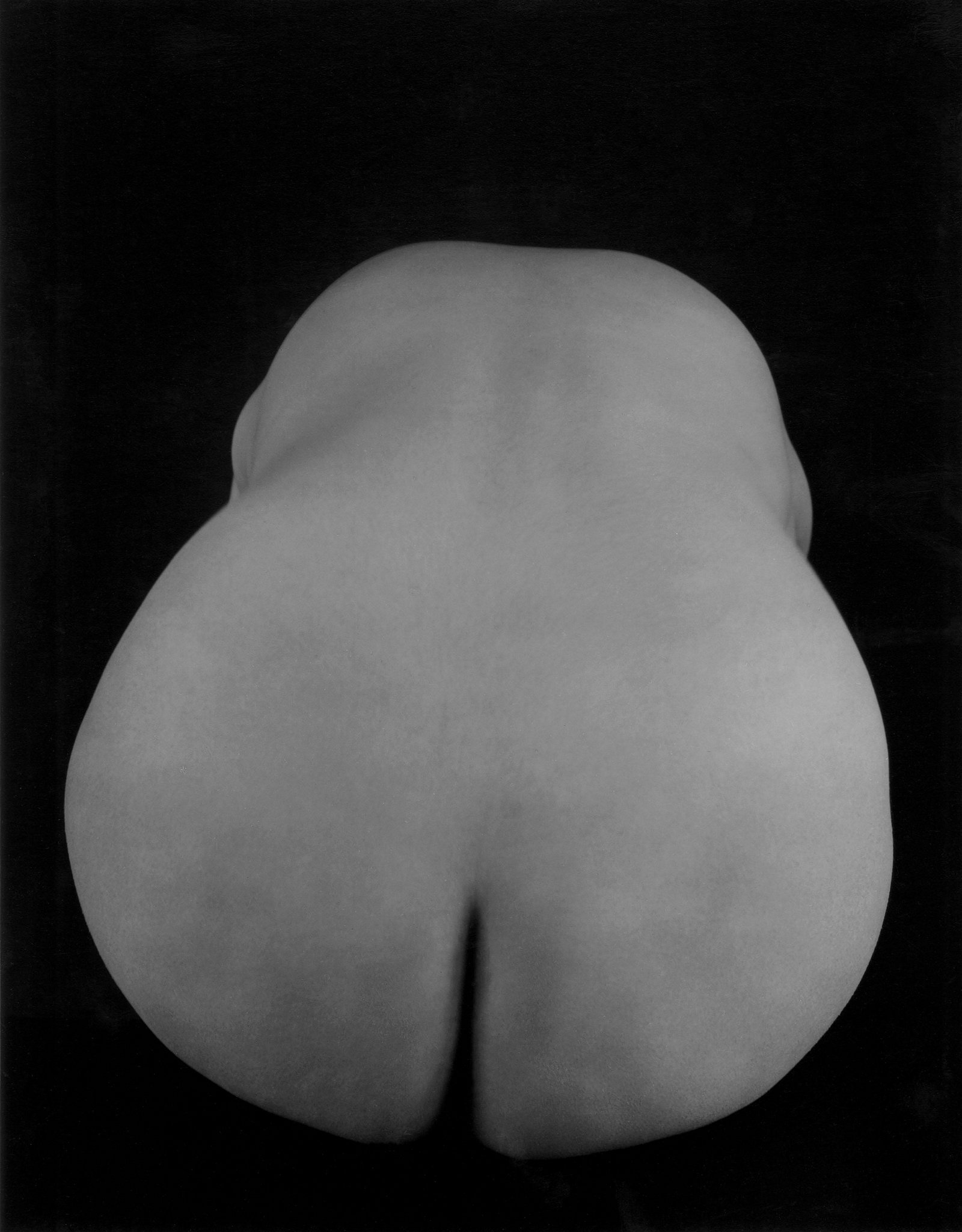 Negative by Edward Weston; printed by Cole Weston. Female nude, a view of a woman’s buttocks abstracted, from the rear against dark background. Edward Weston stopped making photographs in 1946 due to advancing Parkinson’s Disease. He asked his sons Brett and Cole to print his work, and to continue after his death. Photographs printed by Cole Weston are called EW/CW prints.

Edward Weston (1886-1958) was born in Highland Park, Illinois, in 1886. Weston started taking photographs when he was 15 years old as a rebellion from his academic education, which he detested. A self-taught photographer, Weston is best known for his still life photographs of peppers and shells, his heroic portraits, and abstract close-ups of nudes, rocks, and trees. The hallmarks of Weston’s best known work—a commitment to clarity and simplification, truth to materials, and interest in the purely formal qualities of mundane objects and everyday subjects—all defined his work as modern. The modernist works Weston created from 1920 until he gave up photography in 1948, due to ill health, forever changed photography.

In 1906, Weston moved to California, surviving on house-to-house portrait photography, and opened his first studio in Glendale, California in 1911. His early works were soft-focus, pictorial works, but in 1922, Weston shifted to a more direct, sharply focused and structured photographic composition known as "“straight” photography. During this time Weston also traveled from his California studio to New York City, where he met Alfred Stieglitz, Paul Strand, Georgia O’Keeffe, and Charles Sheeler among others. Meeting these artists further encouraged Weston to continue his exploration of modernism.
As the first photographer to receive Guggenheim Fellowships (in 1937 and 1938), Weston traveled across the southwestern United States and Mexico, recording anything that stirred his interest. The fruits of this labor were featured in the book California and the West (1940). Weston held his photography to a very high standard, and sometimes took an entire day to complete a single photograph to his satisfaction. Weston retired from photography in 1948 due to advanced Parkinson’s disease, but his three sons continued printing his negatives at his request, and followed in his style of photography under his guidance. Edward Weston’s photographs are held in major museums around the world. His archive is held at the Center for Creative Photography, Tucson.