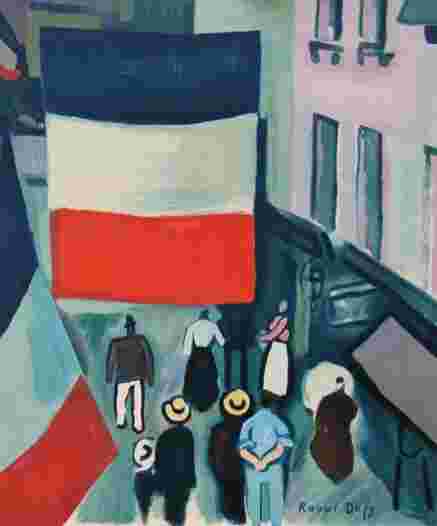 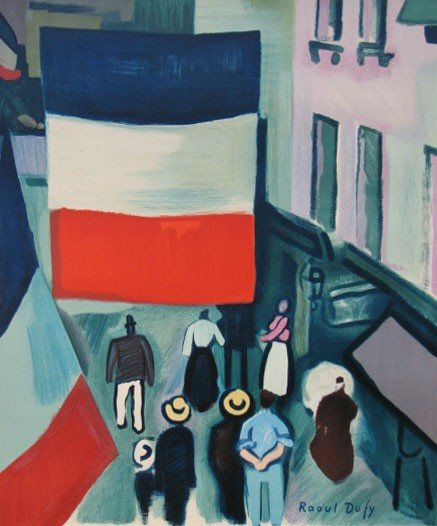 Additional Information: This is a poster lithograph produced for a group exhibition, illustrated by Raoul Dufy (signed in the plate in the lower right corner of the image), which took place at the Musee Galliera, Paris in 1954.
The poster was printed by Mourlot, Paris.

Very good condition. A few light handling creases. Tape remains verso, which shine through a little on the front side.