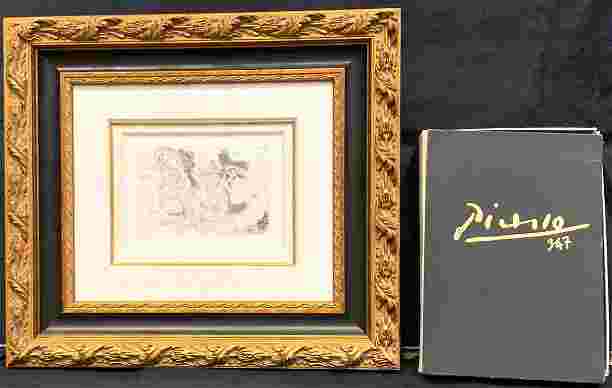 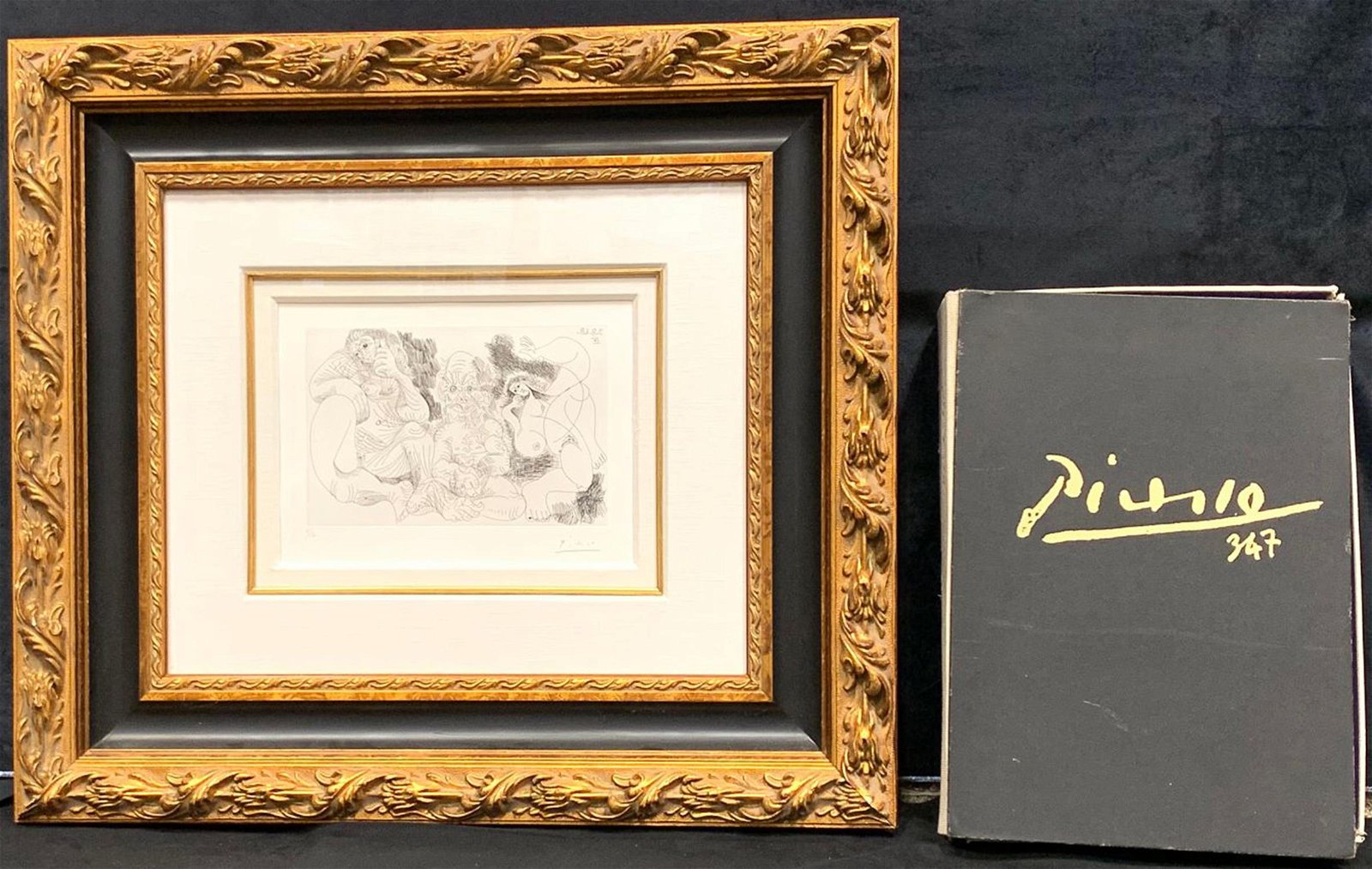 Pablo Picasso's "Vieillard Assis Avec Une Femme" original etching. This has been certified authentic by Park West Gallery, and was appraised at $27,500 USD in 2008. Included with a two-book catalogue raisonee set of Picasso's 347 Series. This is number 239 in the 347 Series.
This is an etching on BFK Rives paper, with full margins. Signed in pencil, numbered 6; dated in the plate 8 August 1968 III (in reverse). From the edition of 50.
In his ninth decade, Picasso created the remarkable group of etching known as the 347 Series in less than seven months, from March 16th to October 5th, 1968.
He collaborated with the master printers Piero and Aldo Crommelnck, in his private studio near Cannes, who brought in a special press from their atelier in Paris in 1963.
While combining different cultures, icons and periods in this series, Picasso was able to create a unifying theme throughout: that of the narrator and observer rather than participant. The works are a panorama of compelling imagery including, circus figures, musketeers, cabelleros, musicians, and painters with their models, many charged with an erotic tone. Picasso's command of the challenging techniques of etching, engraving, dry-point and aquatint are revealed forcefully in the 347 works, along with the highly personal and facile drawing ability he possessed in his late years.
Commenting on the series, the artist said, "I spend hour after hour while draw, observing my creatures and thinking about the mad things they're up to; basically it's my way of writing fiction."
The availability of this rare work from the 347 Series (limited to only 50 examples), offers one of the finest collecting opportunities present to those seeking to acquire original works by Picasso.
Art.
Image- 7" x 8 7/8". Frame- 26 1/2" x 29 1/2".

850 Followers
Get notifications from your favorite auctioneers.
Jasper52 online auctions by: