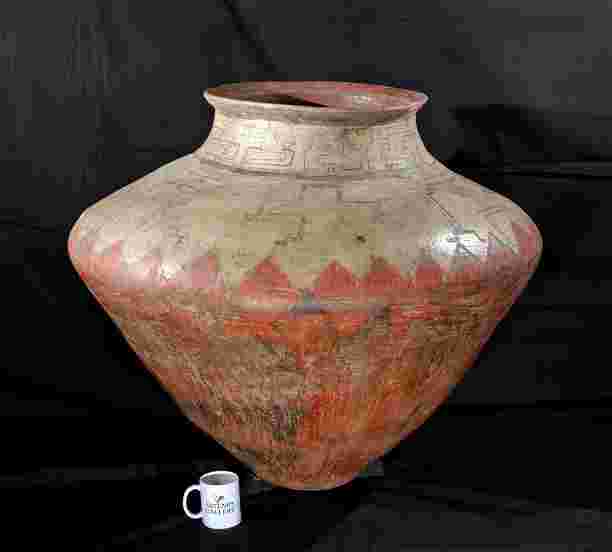 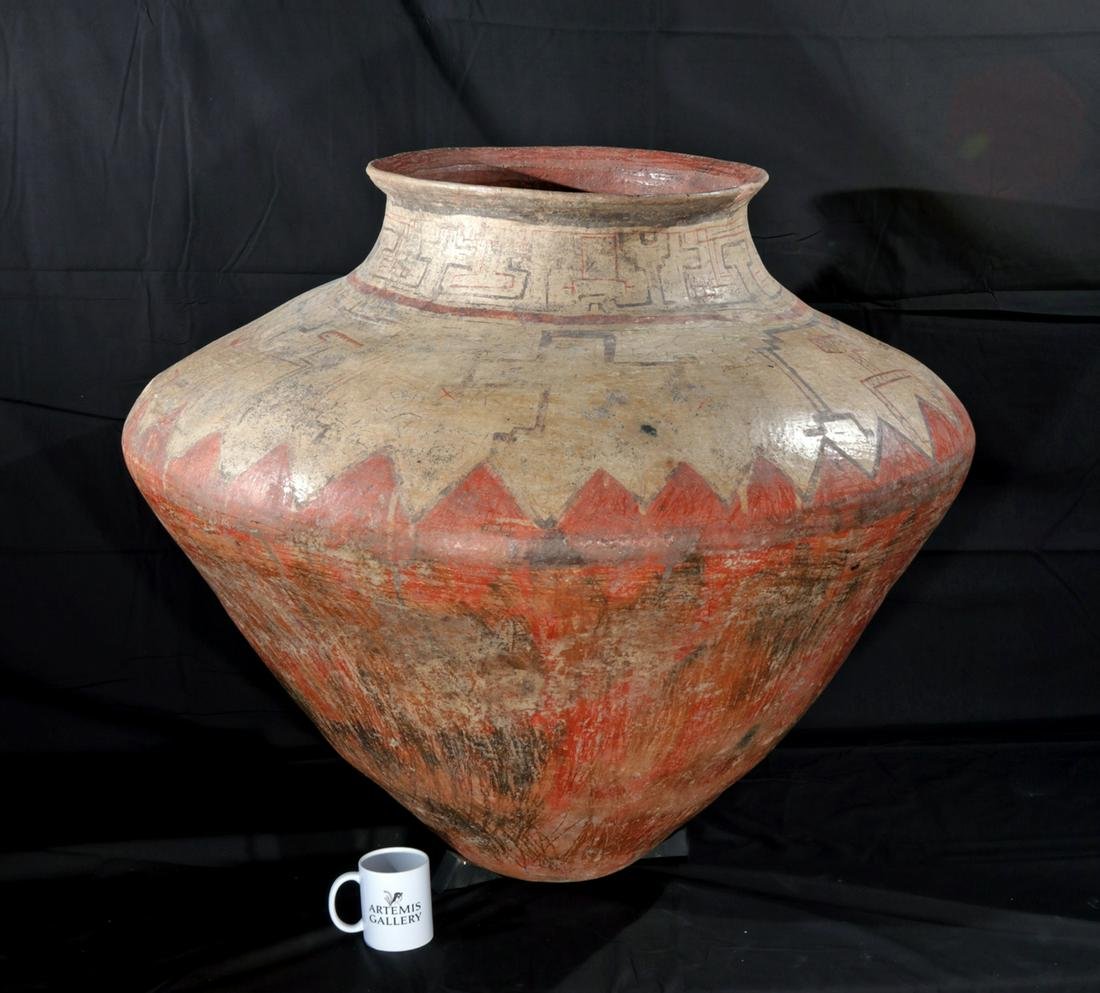 Upper/Western Amazon Basin, Ucayali River, Peru, Shipibo people, ca. mid 20th century CE. A massive, globular-bodied ceramic vessel known as a "chomo", with a flat base with a flared waist, a tapered neck, and a wide rim. White, tan, red, and dark brown pigment creates intricately painted geometric designs in two registers around the body - one around the neck and one around the shoulder - while a bright red color wraps around the waist and lower body. The interlocking motifs on the upper parts of the vessel are inspired by nature - such as the coils and scaled skin of a snake, which are also symbolic of the coiling of the pottery as the vessel is constructed. The Shipibo believe that the cosmic being, the Anaconda Ronin, provides these motifs. Size: 45" W x 34" H (114.3 cm x 86.4 cm); 34.5" H (87.6 cm) on included custom stand.

Shipibo vessels are visually distinctive and instantly recognizable, the result of a tempering technology that is millennia old, allowing for some of the largest, thinnest-walled vessels produced in the New World. These vessels are made by Shipibo women in a style that grew out of the pre-Columbian Marajoara. The chomo is a vessel that can be placed into a hole dug in the ground to store and ferment masato, a ceremonial beverage used in ceremonies like the Joni-Ati, an initiation ritual to mark a girl's passage into womanhood. The Shipibo, unlike many other Amazonian tribes, are matriarchal. This massive vessel would have played an important role in the life of these fascinating people.

All items legal to buy/sell under U.S. Statute covering cultural patrimony Code 2600, CHAPTER 14, and are guaranteed to be as described or your money back.

A Certificate of Authenticity will accompany all winning bids.

We ship worldwide to most countries and handle all shipping in-house for your convenience.

Stabilized crack on shoulder, with some small spots of clay on the rim. Otherwise in great condition with much of the pigment well preserved, with wear commensurate with age including small scratches and nicks.