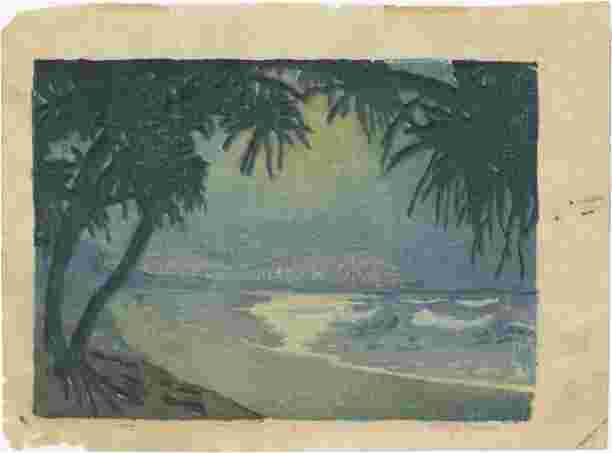 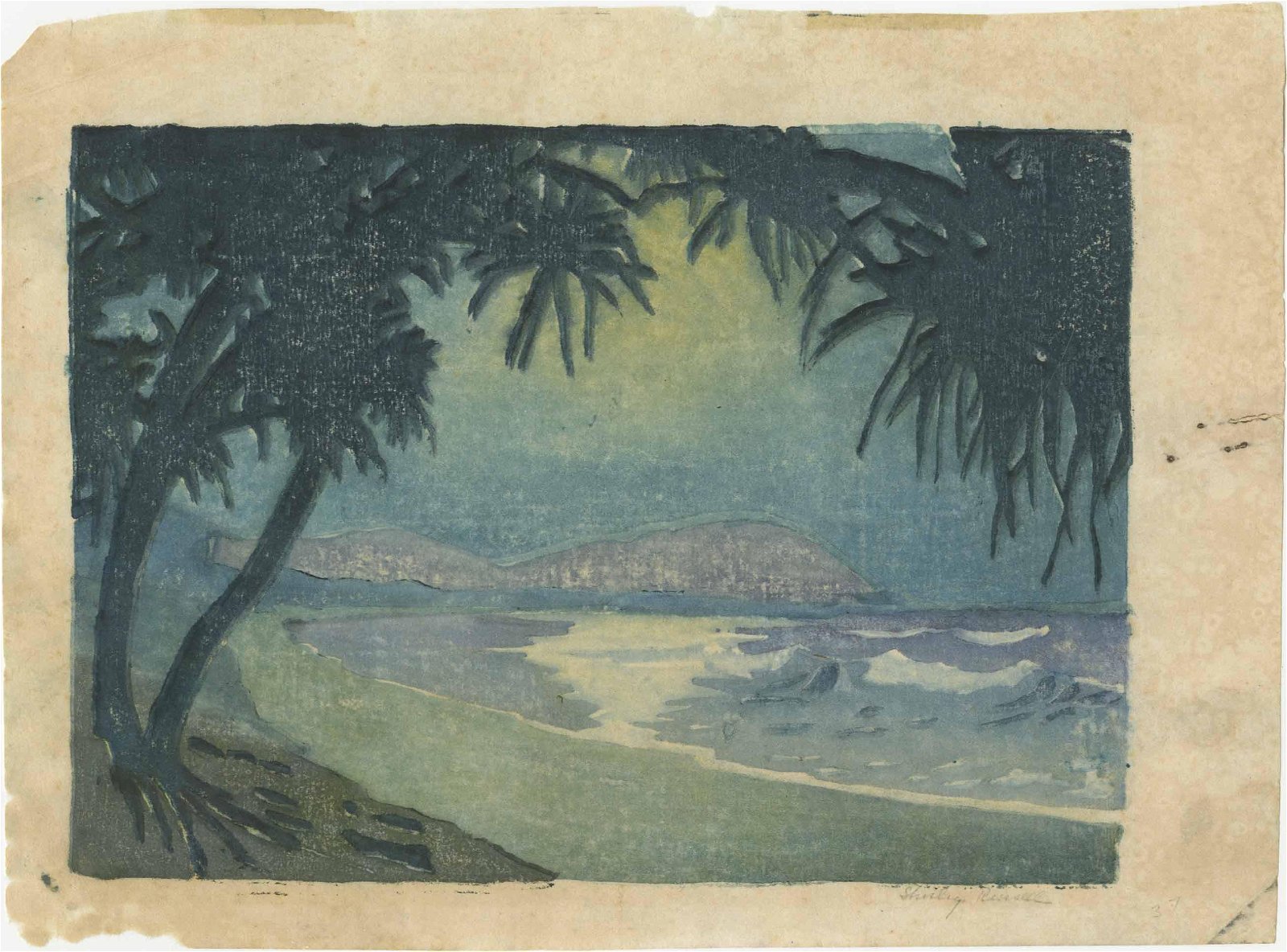 SHIRLEY RUSSELL (1886-1985) was an American artist, known for her paintings of Hawaii and her still lifes of Hawaiian flowers. She lived in Honolulu for most of her life, working for more than 20 years as an art teacher. During the 1930's, Russell was in contact with the Japanese publisher Watanabe Shozaburo. Around 1935 to 1936, Watanabe published a number of woodblock prints based on her work.

Shirley Ximena Hopper was born in Del Rey, California, in 1886. She graduated in 1907 from Stanford University, where she discovered art. She married Lawrence Russell, an engineer, in 1909. When he died in 1912, she began teaching in Palo Alto, and dabbling in painting. In 1921, at the urging of friends, she and her son came to Hawaii for a visit. This was in the days of extended holidays, when those who could afford to travel for pleasure could afford to stay for weeks or even months. For Russell, the trip became a 70-year romance.

"It was a charming place to be," she told a 1980 interviewer, speaking of Honolulu in the 1920s. "It was nicer, very simple. There was a lot of green grass everywhere. I met people who were interested in art and became a part of the group." Russell studied with renowned marine artist Lionel Walden during the 1920s and traveling to Europe several times to study. She would spend as much as two years at a time away from Hawaii, painting, making long visits to friends, absorbing culture. Russell studied in Paris during the 1930s and the cubist influence can be seen in some of her work.

In the course of her career, Russell had three one-woman exhibitions at the Honolulu Academy of Arts. She taught at the University of Hawaii and the Academy of Arts. Russell's Japanese woodblock prints make up only a portion of her prolific art career. She produced hundreds of canvases during her lifetime and continued to paint almost daily until her death in Honolulu in 1985, at the age of 98.

ALL PURCHASES WILL BE SHIPPED DIRECTLY FROM OUR GALLERY. Domestic/USA shipping via USPS (rigidly packaged, fully insured) is $30.00 for the first lot. Combined lot shipping is $5.00 additional per lot. International shipping via USPS (rigid packing, fully insured) will be determined by destination (typically $65.00 - $80.00 for the first lot, with $5.00 additional fee per each additional lot). We're happy to provide international shipping estimates on request.

VG, no flaws of note

1,149 Followers
Get notifications from your favorite auctioneers.
Jasper52 online auctions by: