Banksy I am an Imbecile street art
See Sold Price 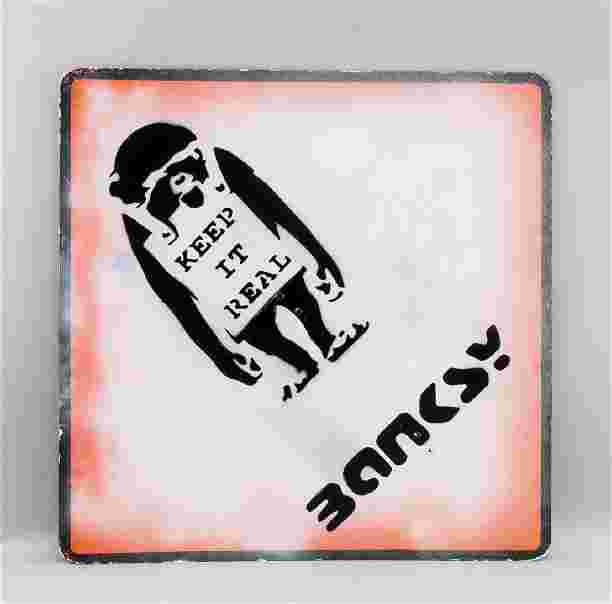 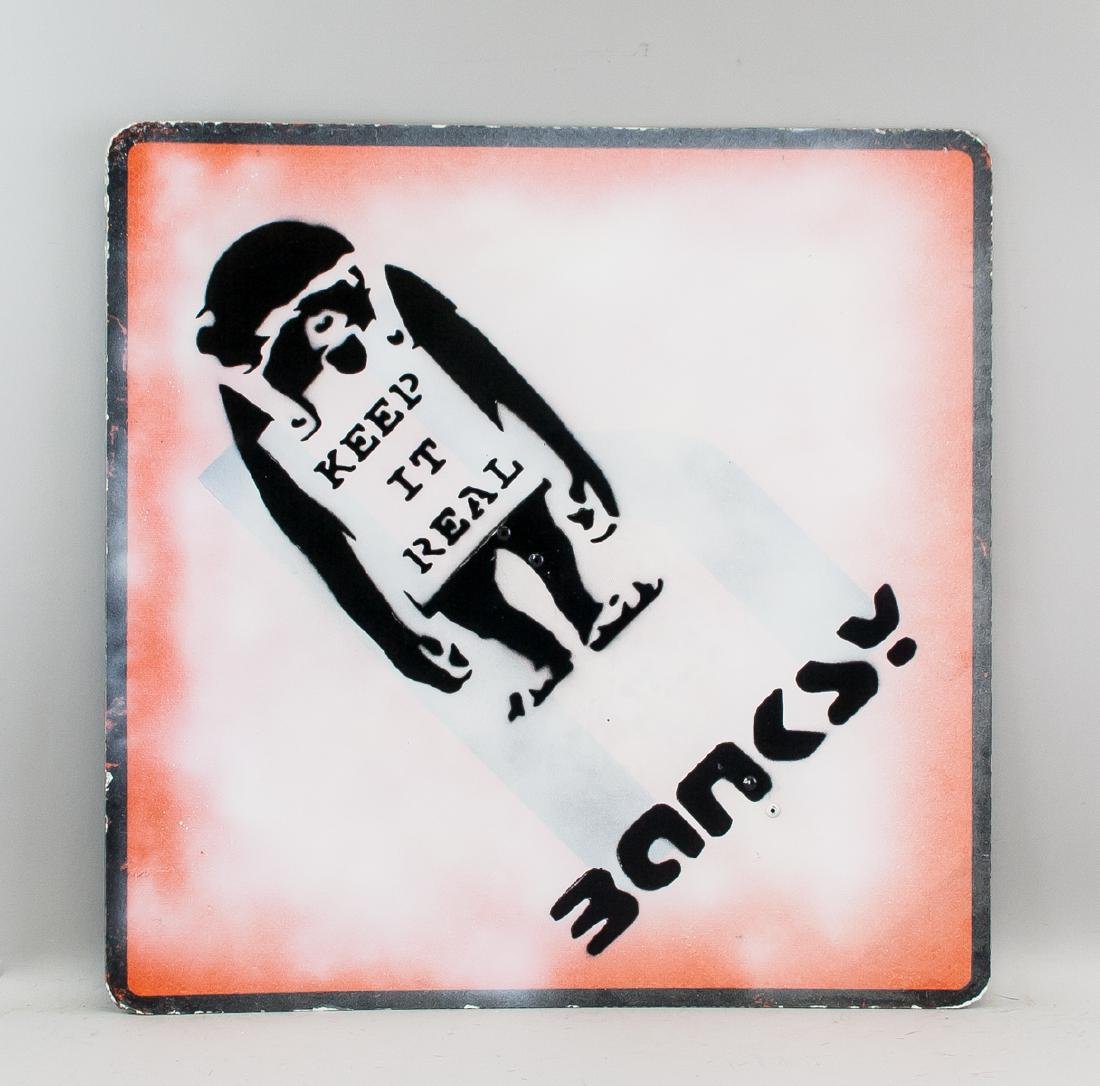 Banksy (born 1974) is a contemporary British street artist and activist who, despite his international fame, has maintained an anonymous identity. Aimed as a form of cultural criticism, the artist often targets established social and political agendas with his witty illustrations produced with stencils and spray paint in cities such as New Orleans, New York, and Paris. “The art world is the biggest joke,” he said. “It’s a rest home of the over privileged, the pretentious, and the weak.” Although details of the artist’s life are largely unknown, it is thought that Banksy was born in Bristol, United Kingdom, c. 1974, starting his career as a graffiti artist in the city. Better Out Than In, Banksy’s month-long residency in New York during October 2013, featured a man hawking the artist’s paintings for $60 a piece outside Central Park. In 2015, Banksy opened Dismaland Bemusement Park, a temporary art exhibition that functioned as a theme park. After a 36-day run, its workers and materials were sent to the Calais migrant camp in France to build additional housing. Among the artist's most famous stunts include his shredded painting: When a painting by Banksy was sold at auction for $1.4 million in 2018, a mechanism was triggered to cause the artwork to partially destroy itself, resulting in a new piece titled Love in the Bin (2018). The ongoing question as to who Banksy is continued to reach the headlines when in 2017 Robert Del Naja, the singer of the band Massive Attack, was falsely rumored to be Banksy. The artist’s style and use of cultural appropriation has given rise to a number of other street artists, including Mr. Brainwash and Alec Monopoly. He currently lives and works in the United Kingdom.

All lots that do not carry established documented provenance nor any past record of auction history record are described in the catalog as attributed .

Signed [Artist Name] : In cases in which the signature is legible in the lot, this work is described as-is with no attributions given.

By [Artist Name] : The work is by the artist.

Attributed to [Artist Name] : The work may be ascribed to the artist on the basis of style, but there may be some question as to actual authorship.

In the manner of [Artist Name] : The work was executed by an unknown hand, but was designed deliberately to emulate the style of the artist.

After [Artist Name] : The work was executed by an unknown hand, but is a deliberate copy of a known work by the artist.

Circle of [Artist Name] : A work of the period of the artist showing his influence, closely associated with the artist but not necessarily his pupil.

Follower of [Artist Name]: A work by a pupil or a follower of the artist (not necessarily a pupil).

American, 19th century : This work was executed by an unknown hand, and can only be identified by origin (i.e., region, period).

Richmond Hill, ON, CA
172 Reviews
4,209 Followers
Get notifications from your favorite auctioneers.
Jasper52 online auctions by: