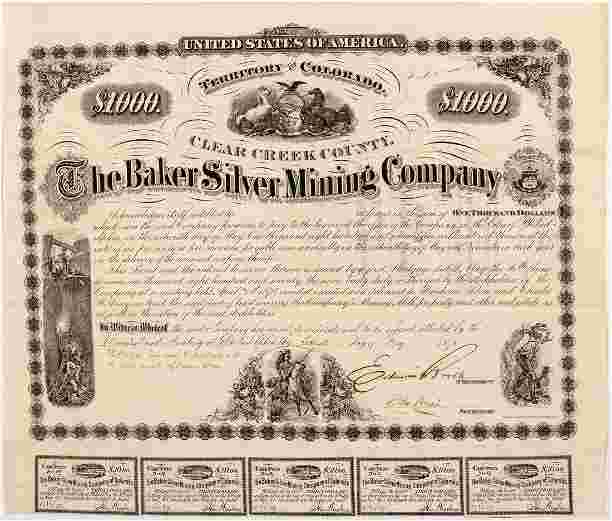 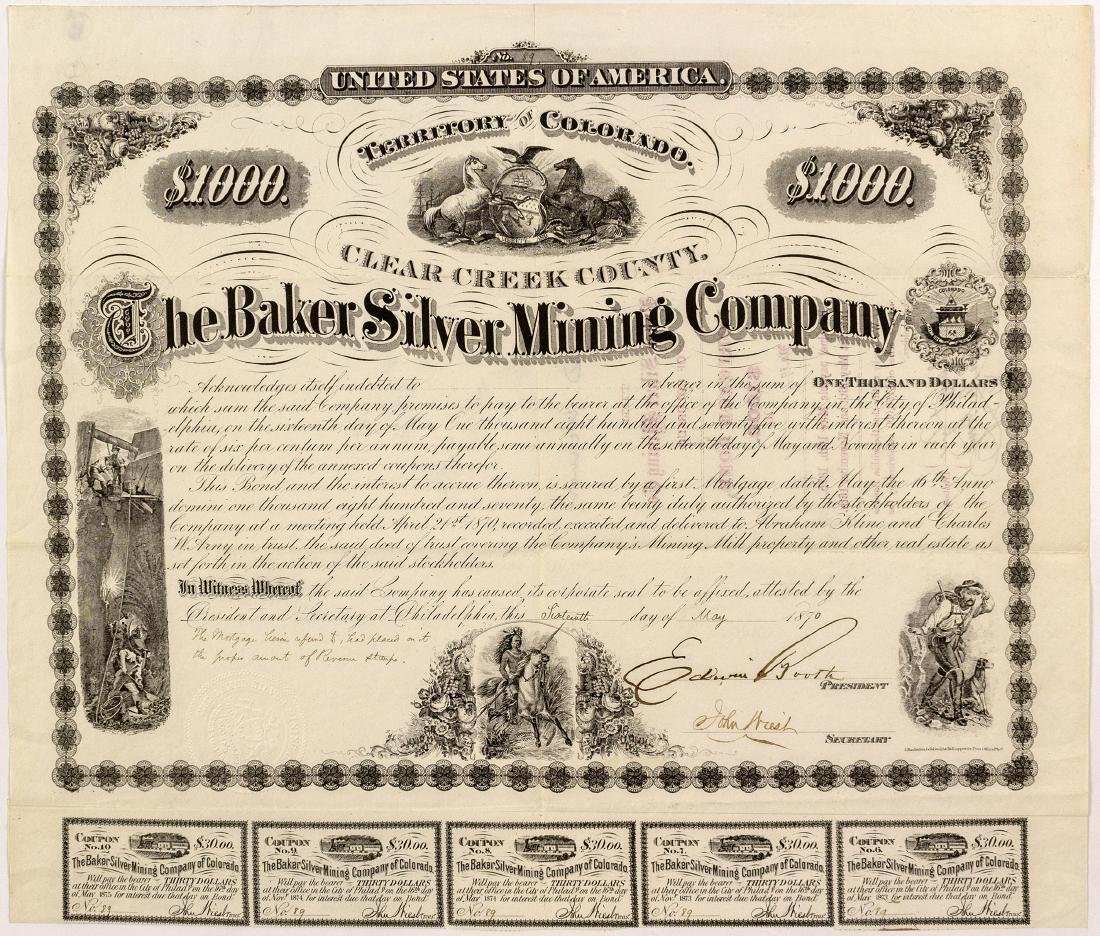 This has quite an interesting history. Starting with the note that says "The mortgage herein referred to, has placed on it the proper amount of Revenue Stamp." A revenue stamped document without a revenue stamp! Signed by John Maish (?), Treasurer, and Edwin Booth, President. Booth, perhaps the older brother of presidential assassin John Wilkes Booth, lived and worked in Philadelphia from 1865 to 1867. While he could have been involved in this firm, we believe this document was not signed by Booth: 1) because he was living and working in New York City in 1869 and 2) it does not match known Booth signatures. It could have been signed by a secretary in his name. Ovando J. Hollister reported in his book "The Mines of Colorado" that the Baker Lode was half way up Kelso Mountain, with the lode cropping out in seams 30 feet wide. By 1866, the company had started an adit on a "considerable showing of ore. The indications are good for a very large vein of ore - seven feet is expected." The crevices consist[ed] of sulphuret and bromide of silver and argentiferous galena; all these ores being more or less interspersed within the vein matter of quartz and feldspar. Samples of ore, taken from these crevices, yielded by assay, as high as $800 to $2000 per tonÃ® [Ref: Hollister, The Mines of Colorado, p. 260-61, 1867]. By 1871, the company had run out of money and sought remedies to refinance the operation. Originally, a small mill had been built to test the res at nearby Elizabethtown, which may have been renamed Bakerville. The mine did not produce sufficient ore to feed the mill. A Mr. Wolters, a local assayer, took charge of running the mill owned by the Baker, and ran it until it burned down in 1871. 15 x 16". 7 0f the 10 coupons remain. Vertical and horizontal folds. No pin holes Edges are sharp. Very fine.
Date: 1870
State/Country: Colorado
City/County: Georgetown

2,163 Followers
Get notifications from your favorite auctioneers.
Jasper52 online auctions by: