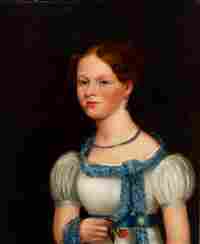 Sell a Similar Item
Don't Miss Your Next Treasure.
Set up a search alert to hear when Auburn Drop & Chandelier Earrings items arrive. 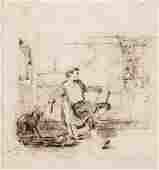 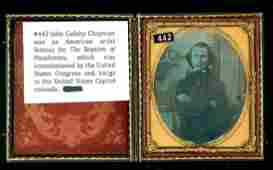 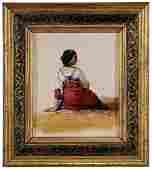 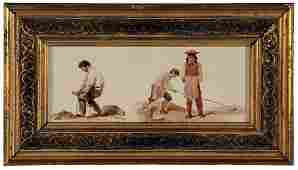 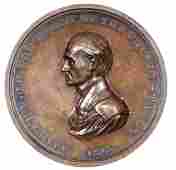 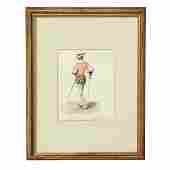 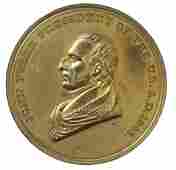 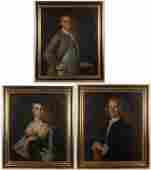 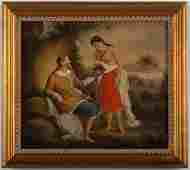 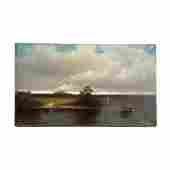 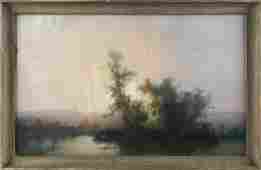 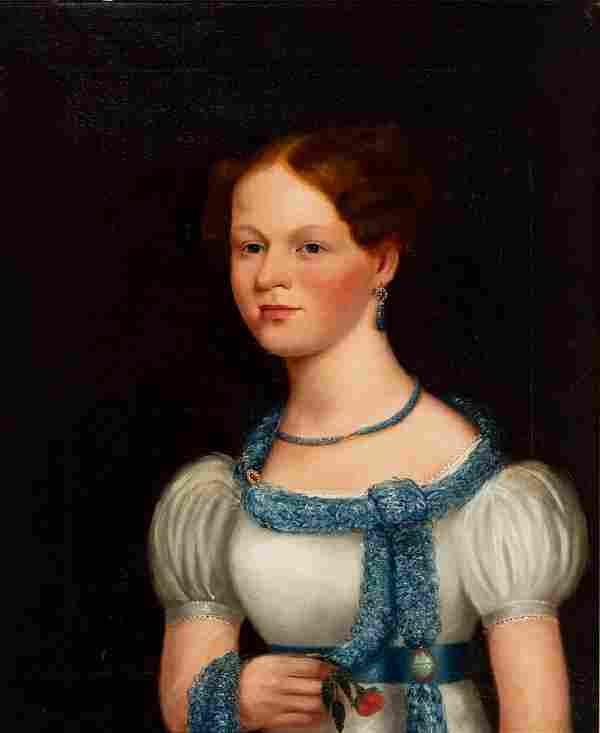 JOHN GADSBY CHAPMAN (VIRGINIA, 1808-1889), ATTRIBUTED, PORTRAIT OF MARIA GRAHAM KOONTZ (ROCKINGHAM CO., VIRGINIA, 1812-1896), oil on canvas, fine half-length depiction of an auburn-haired young woman in high-waisted Empire-style gown holding a rose in one hand, sporting drop earrings, necklace, and unusual blue wrap/draped textile around her shoulder and secured with ovoid clasp at her waist, no signature located. 19th-century inscribed note in the sitter's hand attached verso (with losses), which reads, in part, "This portrait of Maria Graham / Koontz born in Harrisonburg Rock / ingham [County] Va, daughter of Jacob / Koontz and Maria Gilbert Gra[ham] / Painted by John G / [Chapm]an in Alexandria Va / year 1826 / Maria G. Carr, M. D. / Chicago 1882". Housed in a later 19th-century gilt frame. Circa 1826. 26 3/4" x 22" sight, 33 1/2" x 28 1/2" OA.
Excellent visual condition. Professional conservation undertaken in 1986 by the Washington Conservation Studio, treatment including lining (on original stretchers) and minor scattered inpainting to sitter, clothing, and background. Frame with minor wear and discoloration.
Provenance: From the private collection of Dr. George A. and Mary Jane Haas, Alexandria, VA._x000D_
C. G. Sloan and Company, Auctioneers, Washington, D.C., 1986.
Catalogue Note: According to the note attached verso on the original canvas, the present portrait of Maria Graham Koontz (1812-1896) was completed in Alexandria, VA in 1826 by then seventeen-year-old artist, John Gadsby Chapman, when the two were students in neighboring Alexandria academies. Chapman, then on the cusp of a great artistic career, was clearly lacking formal training at this point but nonetheless inherently capable of capturing something of the essence of his sitter. Interestingly, Chapman notes in his diary a year later that he had recorded his first fee for a portrait, so it is likely that the present likeness of Maria Graham Koontz was completed gratis. Chapman's long and illustrious career as one of America's most popular 19th-century artists is well-documented, and his most famous work, the monumental "Baptism of Pocahontas" remains an iconic fixture at the U. S. Capitol Building._x000D_
The Koontz family were important early settlers of Rockingham Co., VA in the area known as "Rocktown", today the city of Harrisonburg. Her grandfather had been a Colonel in the local militia and even served in the Virginia Legislature. Her mother, Maria Graham, tragically died only a month after the birth of her daughter, leaving her father, Jacob Koontz, to raise her alone. In 1825, when Maria was 13 years old, her father sent her to school in Alexandria, VA, at the time one of the young nation's most bustling cities. Maria Koontz married Dr. Waltson Carr of West Virginia just a few years later in 1829, and the couple settled in the Shenandoah Valley to raise a family. In 1892, nearly 63 years after her marriage to Dr. Carr, Maria published a short autobiography, titled "My Recollections of Rocktown, Now Known as Harrisonburg". A scarce surviving portrait by an important artist of an identified Shenandoah Valley sitter, the appearance of the present work on the market represents a rare opportunity for collectors.

Excellent visual condition. Professional conservation undertaken in 1986 by the Washington Conservation Studio, treatment including lining (on original stretchers) and minor scattered inpainting to sitter, clothing, and background. Frame with minor wear and discoloration.