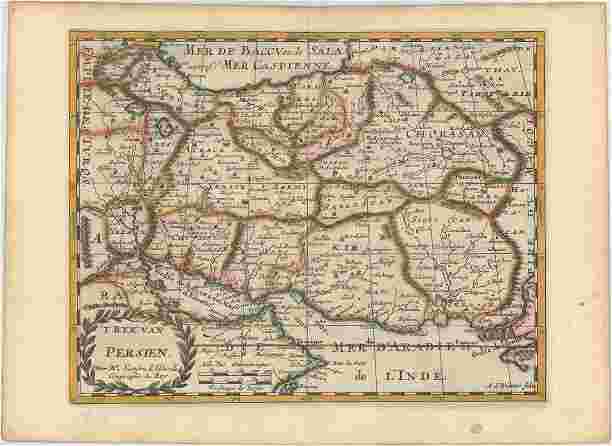 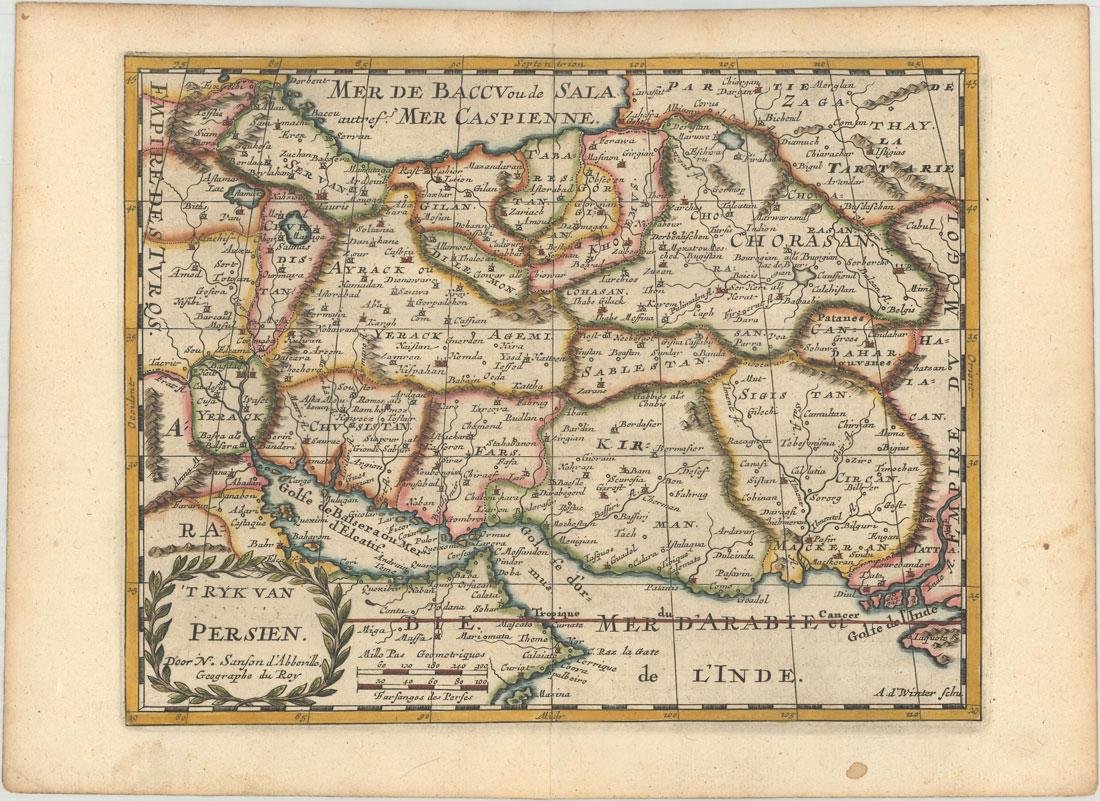 
Sanson's small maps from his L'Asie en Plusieurs Cartes..., first published in 1652 and engraved by A. Peyrounin, were copied several times by various map publishers. Johann David Zunners made copies of Sanson's maps for his German translation of Die Gantze Erd-Kugel in 1679. Johannes Ribbius and Simon de Vries published copies in 1682 and 1683, with new maps engraved by Antoine d'Winter. The plates were later sold to Francois Halma, who used them in 1699 and then again in 1705 with the titles re-engraved in Dutch. The titles on the d'Winter plates were re-engraved back into French, and then used by Nicholas Chemereau in 1715 and by Henri du Sauzet in 1738.

A dark impression with marginal soiling and light toning along the edges of the sheet. Grade: A