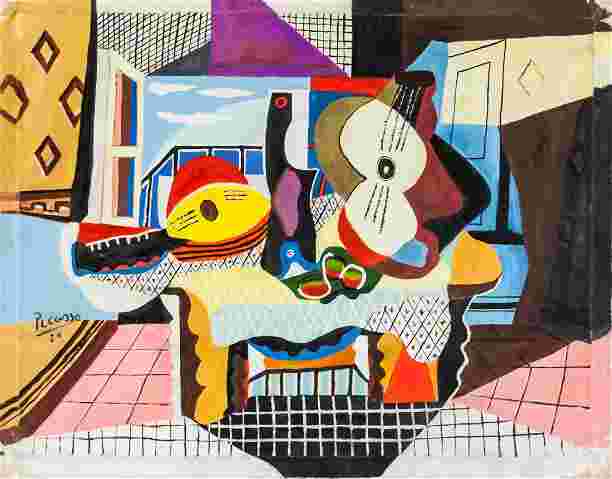 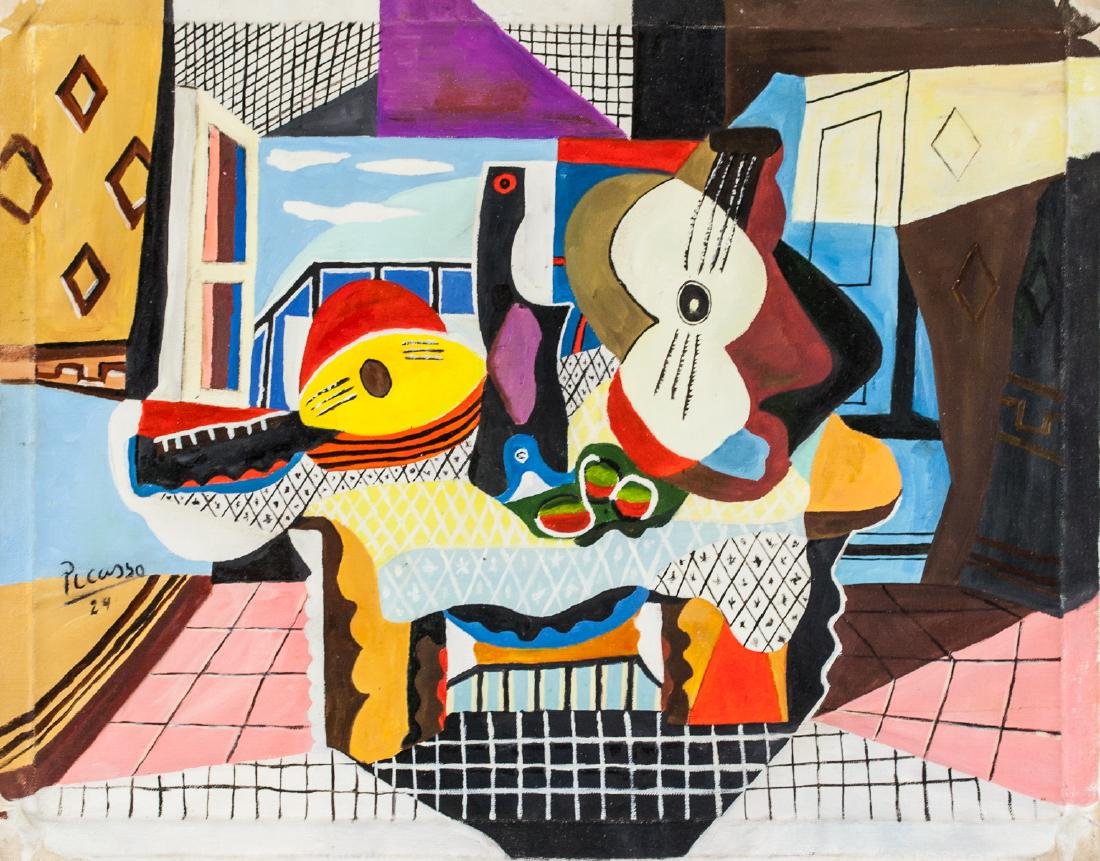 Pablo Picasso (1881-1973) was one of the most influential artists of the 20th century. His ingenious use of form, color, and perspective profoundly impacted later generations of painters, including Willem de Kooning and David Hockney. “There are artists who transform the sun into a yellow spot, but there are others who, thanks to their art and intelligence, transform a yellow spot into the sun,” he once said. Born Pablo Diego José Francisco de Paula Juan Nepomuceno Crispín Crispiniano María de los Remedios de la Santísima Trinidad Ruiz Picasso on October 25, 1881 in Málaga, Spain, his prodigious talent was cultivated early on by his father the painter Jose Ruíz Blasco. Picasso went on to attend the Royal Academy of San Fernando in Madrid, and lived for a time in Barcelona before settling in Paris in 1904. Immersed in the avant-garde circles of Gertrude Stein, he rapidly transitioned from Neo-Impressionism through the Blue Period and Rose Period, before reaching a culmination in his masterpiece Les Demoiselles d’Avignon (1907). Constantly in search of pictorial solutions and in dialogue with his friend Georges Braque, Picasso melded forms he saw in African sculpture with the multiple perspectives he gleaned from Paul Cézanne, to produce Cubism. Not limited to painting, the artist also expressed himself through collage, sculpture, and ceramics. Having been deeply affected by the ongoing Spanish Civil War, Picasso created what is arguably his most overtly political work Guernica (1937), a mural-sized painting depicting carnage with jagged shapes and contrasting grayscale. The artist was prolific up until his death on April 8, 1973 in Mougins, France. Today, his works are held in the collections of The Museum of Modern Art in New York, the Tate Gallery in London, the Hermitage Museum in St. Petersburg, as well as institutions devoted solely to his life work, such as the Museo Picasso Málaga, the Museu Picasso in Barcelona, and the Musée National Picasso in Paris.

All lots that do not carry established documented provenance nor any past record of auction history record are described in the catalog as attributed .

Signed [Artist Name] : In cases in which the signature is legible in the lot, this work is described as-is with no attributions given.

By [Artist Name] : The work is by the artist.

Attributed to [Artist Name] : The work may be ascribed to the artist on the basis of style, but there may be some question as to actual authorship.

In the manner of [Artist Name] : The work was executed by an unknown hand, but was designed deliberately to emulate the style of the artist.

After [Artist Name] : The work was executed by an unknown hand, but is a deliberate copy of a known work by the artist.

Circle of [Artist Name] : A work of the period of the artist showing his influence, closely associated with the artist but not necessarily his pupil.

Follower of [Artist Name]: A work by a pupil or a follower of the artist (not necessarily a pupil).

American, 19th century : This work was executed by an unknown hand, and can only be identified by origin (i.e., region, period).

4,101 Followers
Get notifications from your favorite auctioneers.
Jasper52 online auctions by: