Our Lady Hodegetria of Tichvin (Theotokos of Tikhvin)

See Sold Price
Sell a Similar Item
Don't Miss Your Next Treasure.
Set up a search alert to hear when Icons items arrive. 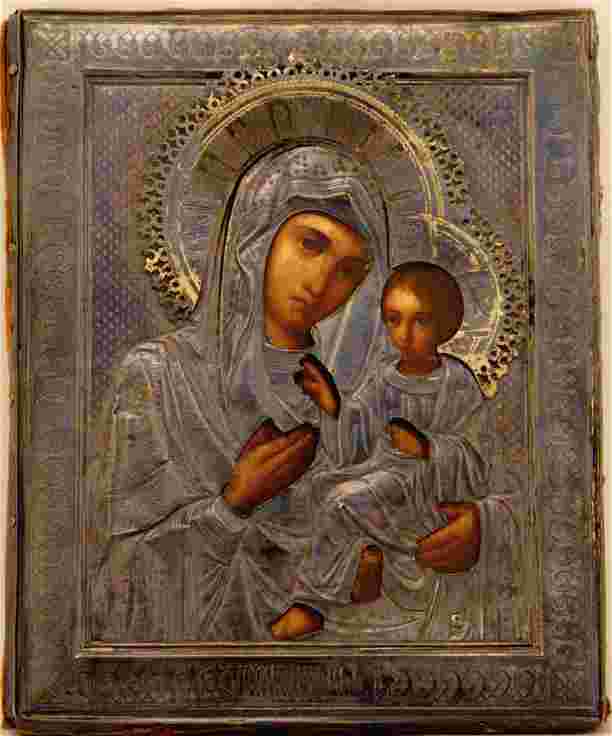 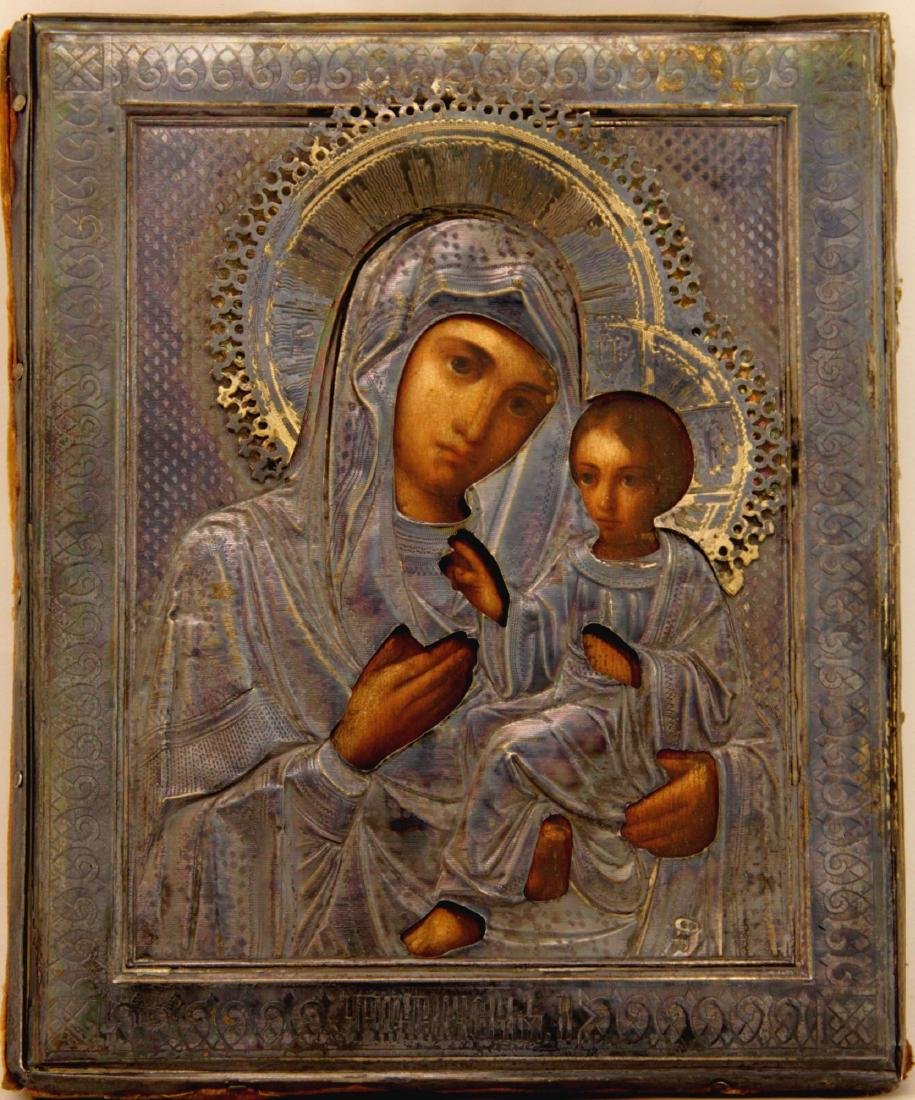 Our Lady Hodegetria of Tichvin (Theotokos of Tikhvin). Silver oklad, stamped.; The Theotokos of Tikhvin is one of the most celebrated Orthodox Christian icons. It is said to be one of the icons written by St. Luke the Evangelist. According to tradition, in the 5th century, the icon was transferred from Jerusalem to Constantinople, where a church was built specially for it. These are the same traditions as accrue to the Hodegetria icon, suggesting the stories have become conflated; in terms of composition the Tikhvin icon is of the Hodegetria type. Some art historians prefer a date of about 1300, and a Russian artist. This matches a further tradition that the icon miraculously appeared, hovering over a lake, in Russia near Tikhvin in 1383. Since the 14th century, the icon was held in Tikhvin, where eventually Tikhvin Assumption Monastery was founded to host the icon. The Tikhvin Assumption Monastery (Russian: ?????????? ???????????? ????????? ?????????) is a Russian Orthodox monastery founded in 1560. The monastery is located in the town of Tikhvin, on the left bank of the Tikhvinka River. It hosts the icon of the Theotokos of Tikhvin, one of the most venerated Russian icons. According to the tradition, the icon of the Theotokos of Tikhvin was discovered in 1383 at the current location of the monastery. A wooden church was built to accommodate the icon. The consequent wooden churches burned to the ground three times, until in 1507 the construction of a stone church started by the order of Vasily III, the Grand Prince of Moscow. In 1560, the monastery was founded and built as a fortress, since at the time it was located close to the Swedish border, and could be used in the defense purposes. In 1610, during the Time of Troubles, the monastery was looted by Polish troops, and subsequently it was occupied by Swedish forces until 1613. In 1941, during World War II, for a month Tikhvin was occupied by German troops, who looted the monastery and, in particular, took the icon to Pskov, and in 1944 transferred it to Riga. The icon eventually was taken out of Russia for safety by a Russian Orthodox bishop from Kolka parish and later Bishop of Riga – John (Garklavs) of Chicago. In the period between 1949 and 2004 the icon was stored in Chicago, United States. It was returned to Tikhvin, Russia in 2004 by his spiritual son, Fr. Sergei Garklavs of Chicago.

Our Lady Hodegetria of Tichvin (Theotokos of Tikhvin)

32,424 Followers
Get notifications from your favorite auctioneers.
Jasper52 online auctions by: