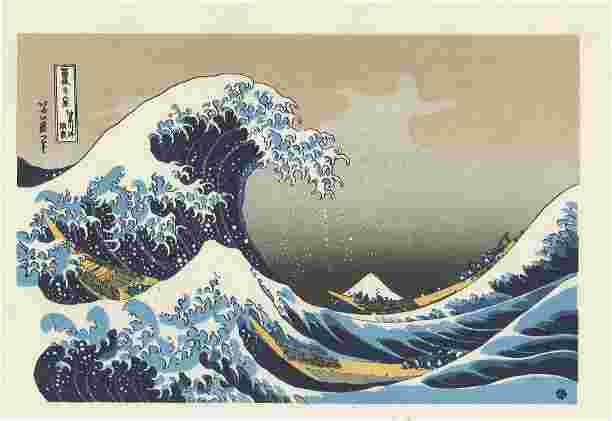 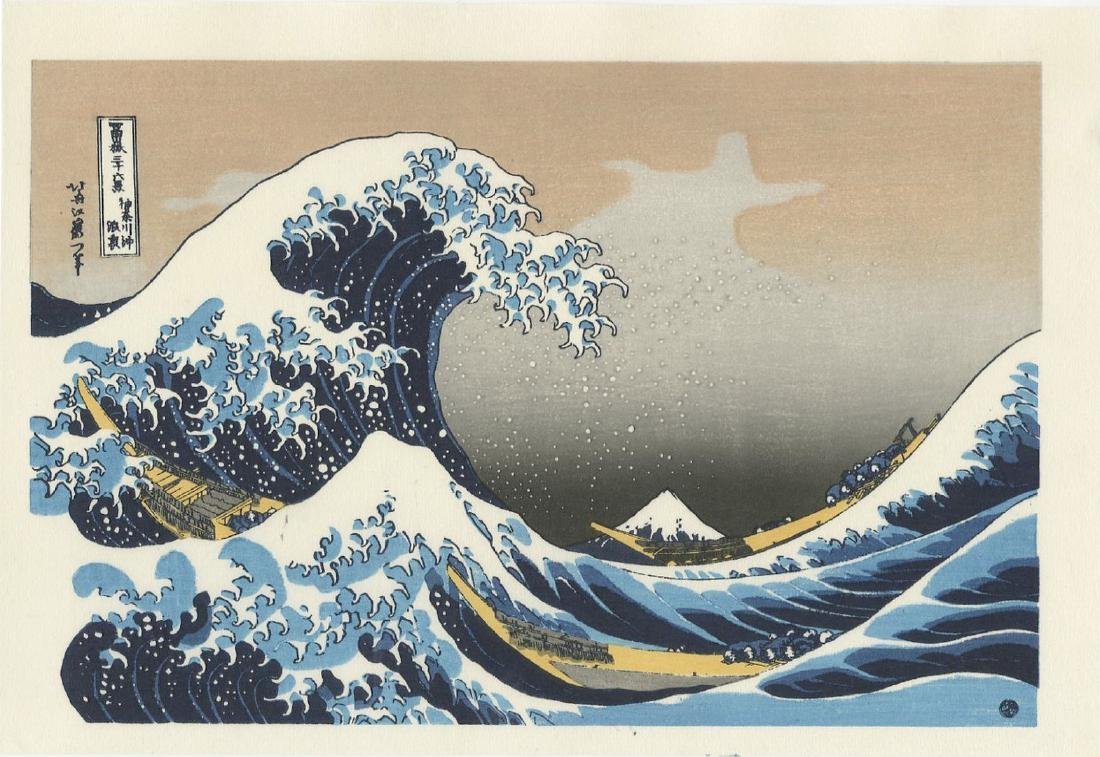 TOGETHER WITH Fuji in a Storm and Red Fuji, this is one of the three most famous prints in the "Thirty-Six Views," as well as one of the universally recognized masterpieces of the woodblock-print medium.

For sheer force, no other Hokusai composition can match this gigantic wave, thrust up high out of the ocean and threatening to swallow the tine boat beneath. Here we see dynamism, boldness, and scope rarely to be found in Japanese art after the thirteenth century, and none too often before. Here, too, are the ruggedness and vigor that distinguish Hokusai's oeuvre from that of the lyrical and more sentimental, but less egotistical, Hiroshige. The subject was not new to Hokusai. He had employed the same idea some thirty years earlier in a print modeled on Dutch etchings, but partly because of his effort to be true to the Western style in this picture, the results were far less impressive. In the "Great Wave off the Coast of Kanagawa" a touch of the Western approach can be recognized in the exceedingly low point of view, but the churning sea and the tentacles of the wave are executed in a manner close to the Japanese tradition.

"Breathtaking" is the word that should be reserved for pictures that take one's breath, like this one. At the first sight of Hokusai's ferocious breaker, one is apt to actually gasp -- partly at the artist's daring, but mostly to gain breath before the mountain of water capsizes on one's head. The color scheme is forcefully simple: aside from the boats and the sky, everything is blue and white, the deep blue of the ocean being carried over into Mount Fuji. The white sections. of course, are simply unprinted, as is the usual case with woodblock prints. The signature is "Hokusai changed to Iitsu."