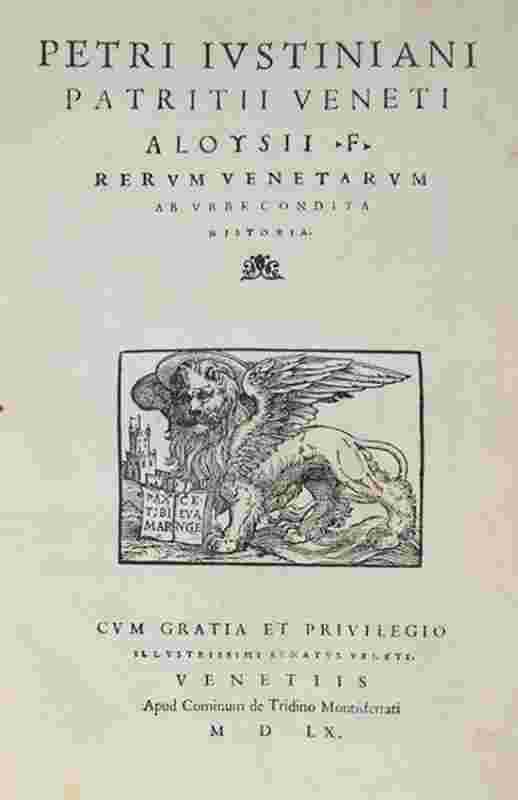 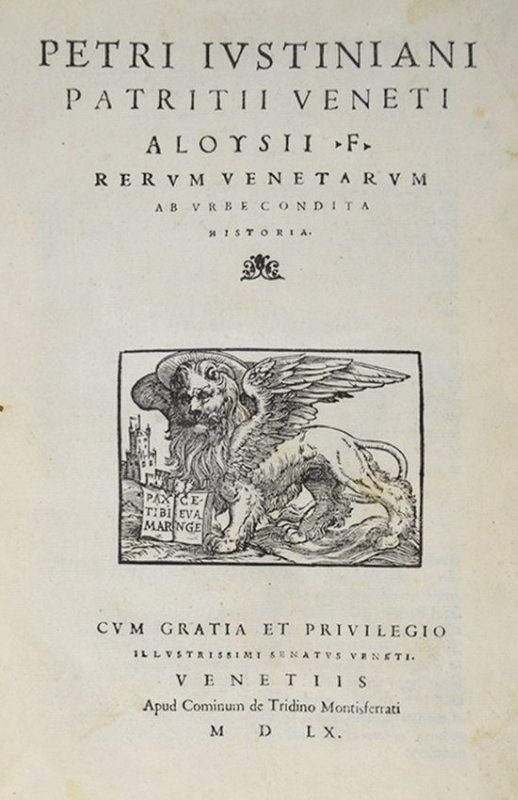 Rare first edition. This important story of the Venetian republic was written "voluntarily", ie without public patronage, the patrician Pietro Giustinian between 1551 and 1559. DBI: "... comes out, in fact, in 1560, for the types of Bartolomeo Comino and Julius involvement Contarini, Rerum Venetarum ab urbe condita historia, that the birth of the city, set April 9 421 convening the auspicious planets [but multiple copies was quashed the astrological framework and eliminated at the same time, the pagan terms, such as "fatum", "Dii immortales"], arrives at the "present day". It is a widespread exposure in thirteen books - ie large sections - written by G. "benefit the public et honor". After the successful first edition, the Senate granted an annual subsidy to the Giustinian order to continue its work, and this resulted in interference in the drafting of the later books, and revisions to the text of the thirteen books went to press; It was reprinted in 1575 in seventeen books, and in 1576 appeared in Italian translated by Ludovico Leftovers. Pietro Giustiniani, 1490-1576, politician and scholar, entered the Great Council in 1515, he held various positions up to that of Senator. Nice specimen with wide margins

237 Followers
Get notifications from your favorite auctioneers.
Jasper52 online auctions by: