First collected edition of the Works of Robert Burns

See Sold Price
Sell a Similar Item
Don't Miss Your Next Treasure.
Set up a search alert to hear when Containers items arrive. 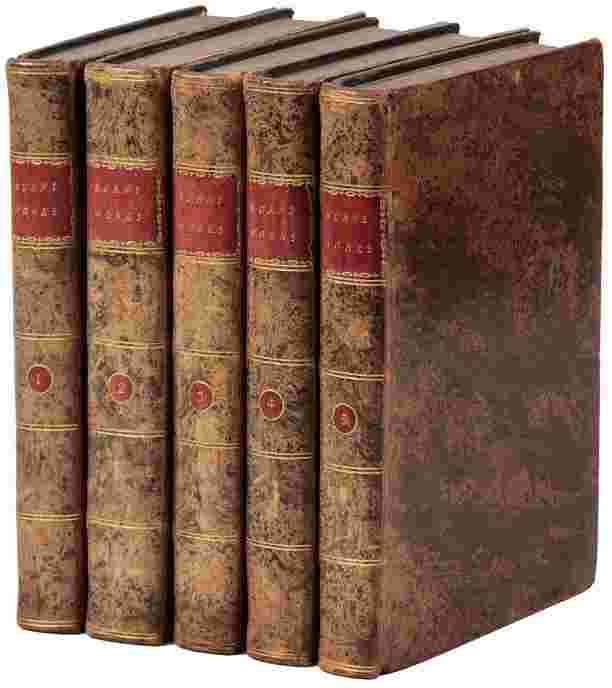 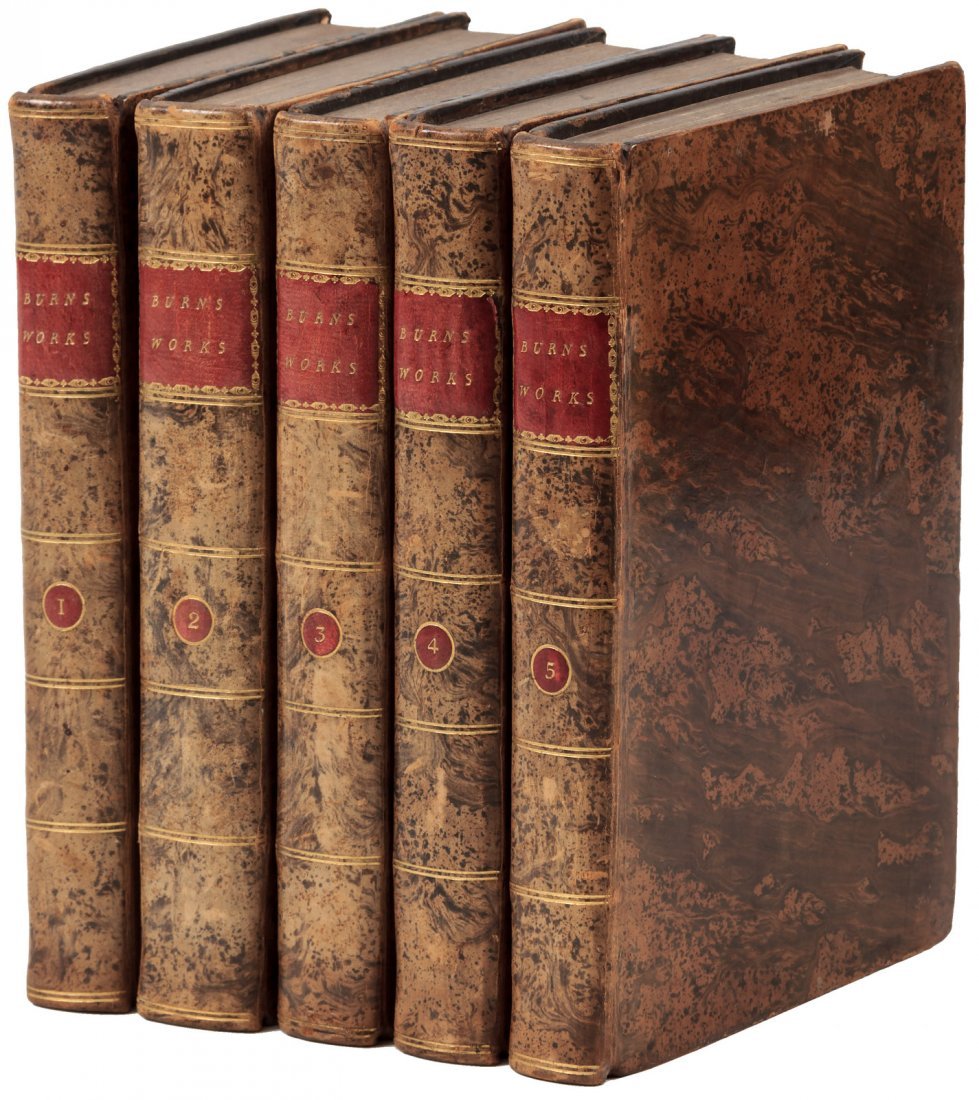 The first attempt at a collected edition of Burns' works, edited by James Currie of Liverpool and published by subscription for the benefit of Burns' widow. Included is Currie's substantial life of Burns, which was reprinted throughout the 19th century; extensive selections of Burns' correspondence; tributes to Burns; and previously unpublished poems and songs, most notably "Auld Lang Syne" on page 123 of volume 4 - the first appearance under Burns' name of a song the Scots proudly claim to be one of the most famous and popular of the past 200 years. The first four volumes, all published in 1800, contain the works, and volume five - an addition published in 1808 - contains the Reliques . . . Consisting Chiefly of Original Letters, Poems, and Critical Observations on Scottish Songs, as edited by R. H. Cromek. Ink signature on the title-pages of volumes 1-4 of "Matt. Davidson / 12th June 1800" - certainly the subscriber listed as M. Davidson, Ponteysylte. NCBEL II, 1980; Gibson, page 8.

First collected edition of the Works of Robert Burns

3,393 Followers
Get notifications from your favorite auctioneers.
Jasper52 online auctions by: