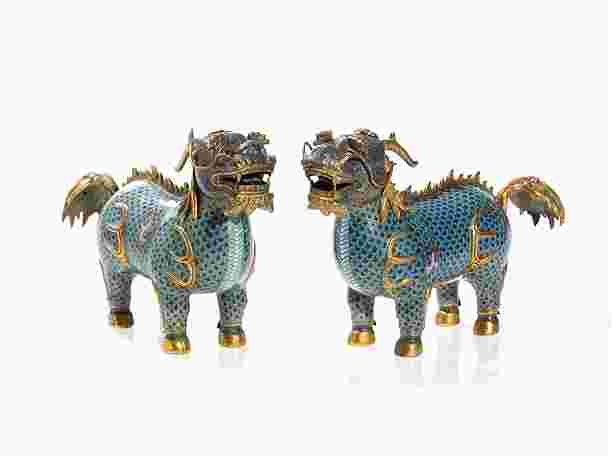 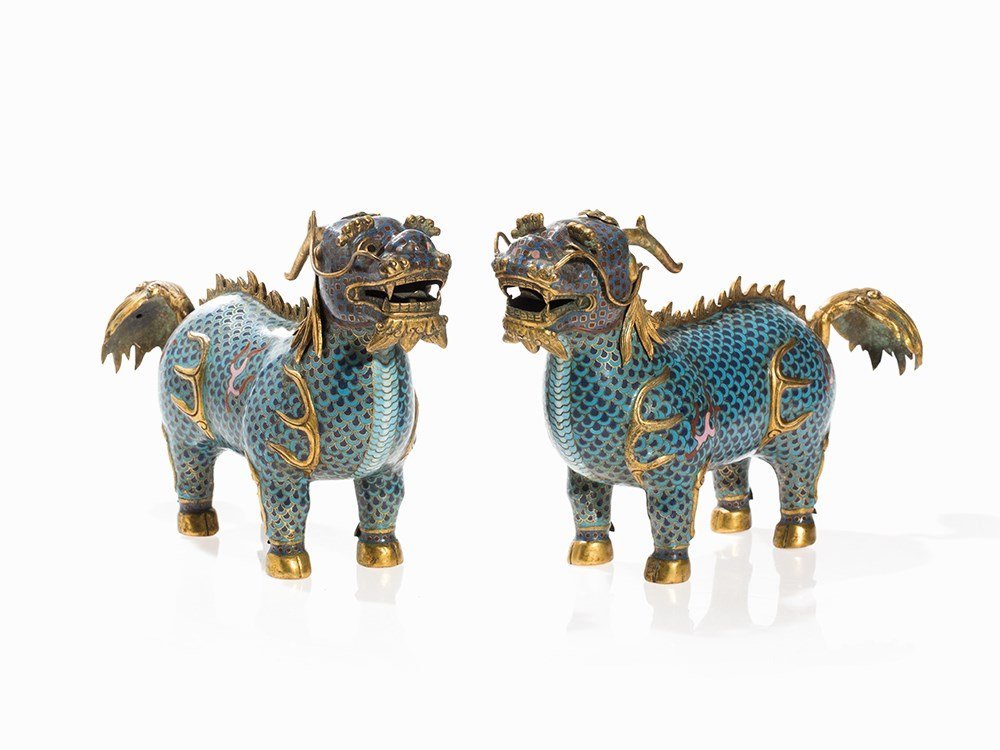 The Qilins are in good condition with signs of age and wear. A whisker is missing, restorations and loss of enamel color are visible in the faces. Each height measures 20 cm and the width is 31 cm.

The Qilin is known as one of the four Chinese miracle creatures. It is a chimera animal – a sort of stag with a dragon’s head and ox hooves combined with a lion’s head and a carp’s beard. Even though the beast is thought to be rather large, it is known to be able to walk on grass without breaking it or crushing bugs. Fitting this, the Qilin is also known to live off a strict vegetarian diet. Its name is a combination of the maleQiand the female Lin and thus incorporates the principle of Yin and Yang and the dualism of the sexes. According to Chinese mythology, Qilins can turn thousand years old. The first Qilin was apparently caught back at Confuzius’ time, but was immediately killed – much to the philosopher’s disappointment. Lacking any comparable animals, the Chinese called the first giraffe they saw a Qilin – it was brought to China by the famous seafarer Zheng He (1371-1433/35) who brought the animal from one of his journeys to his emperor Yongle (1360-1424). Until today, giraffes are actually calledkirinin Japanese and Korean.

The word Cloisonné is French and can be translated as ‘partition’. With this technique, also referred to as cell fusion, thin wires or metal strips are decoratively soldered on a metal base, usually copper. Between them different enamels colors are embedded in several processes. In China this art has been known since the Bronze Age and the oldest Chinese cloisonné pieces date back to the Yuan Dynasty (1261-1368).

420 Followers
Get notifications from your favorite auctioneers.
Jasper52 online auctions by: