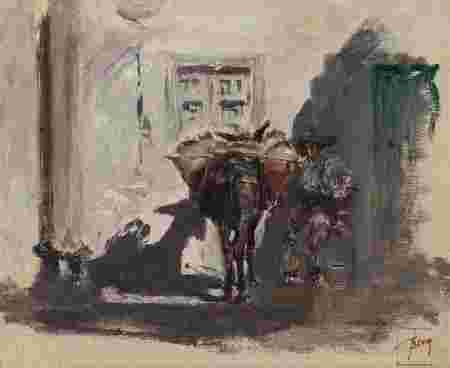 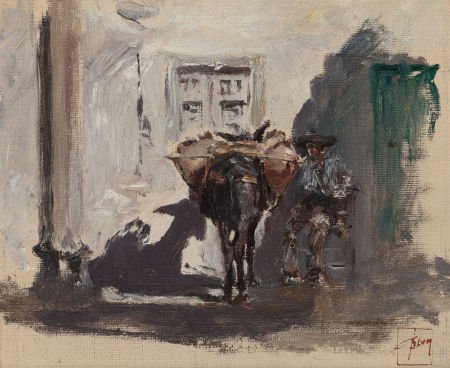 This painting is an oil study for A Spanish Water-Carrier, Toledo [also known as Toledo Water-Carrier] (1882), a work that was purchased by the distinguished American painting collector, Thomas B. Clarke, from the 1882 National Academy exhibition while the exhibit was still on view. The scene was one Blum observed during his travels in Spain during the summer of 1882. While sketching in the streets of Toledo, Blum often found that a crowd had gathered around him. He produced a number of cartoons recording this.

13,153 Followers
Get notifications from your favorite auctioneers.
Jasper52 online auctions by: