See Sold Price
Sell a Similar Item
Don't Miss Your Next Treasure.
Set up a search alert to hear when Sculptures items arrive. 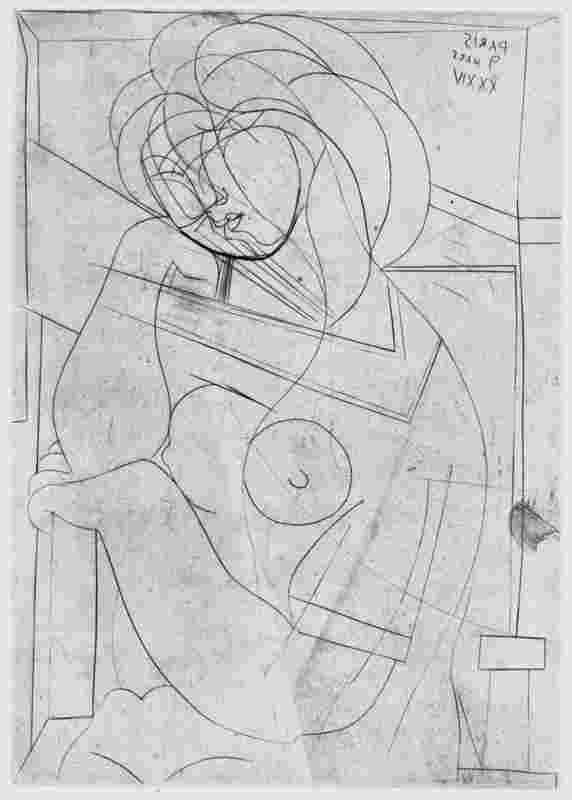 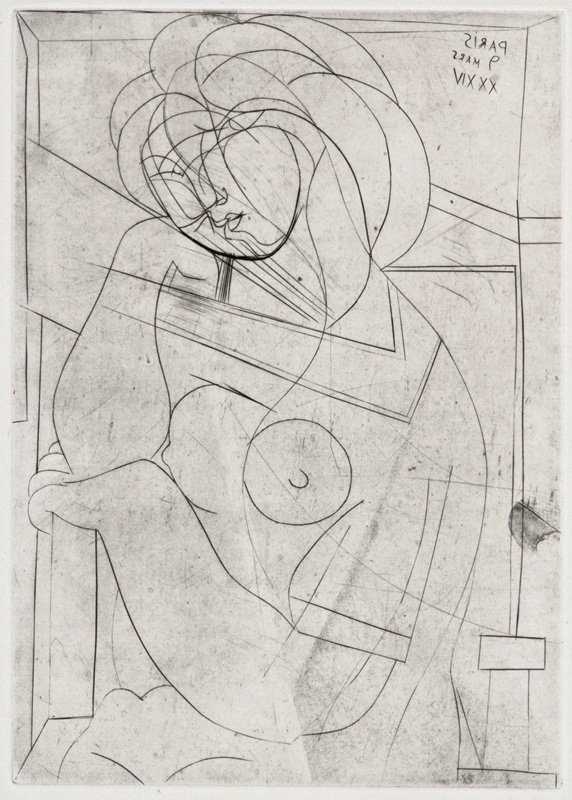 
The most distinguished and researched set of etchings in the immense output of Pablo Picasso's career, La Suite Vollard presents a deeply personal glimpse into Picasso's life between 1930 and 1937. Amounting to 100 etchings in total, the suite was produced at a critical juncture in his life, both emotionally and artistically. Picasso was rekindling his interest in sculpture while inciting a passionate affair with his young lover and muse Marie-Thérèse Walter, resulting in a tension between "the rival claims of making art and making love." While there is no strict order to the suite, the art historian Hans Bollinger categorized the plates into five main themes – Battle of Love, the Sculptor's Studio, Rembrandt, the Minotaur, and the Blind Minotaur – in addition to 27 miscellaneous plates and three portraits of Vollard. The group of 100 started with eleven that Picasso, or most likely Vollard, had chosen from those made between 1930 and 1932. Picasso then produced about 40 plates in six weeks, and by 1936, he had produced 97. In 1937, Vollard convinced him to create an even 100 with three portrait etchings of Vollard himself.

Picasso was a self-taught printmaker, but in his career he produced over 2,500 prints. La Suite Vollard shifts "from one state to another, from contemplative repose in the studio to brutal, animalistic violence, matched by changes in style from lucid crispness of line to aggressively worked plates." The inclusion of this emotional turmoil, like most of his works, is characteristic of Picasso's autobiographical style: "The paintings, finished or not, are the pages of my journal, and as such they are valid." Each work is meticulously dated with the year, month, and day. At this period in his life, Picasso's relationship with his wife, the dancer Olga Khokhlova, was disintegrating. He was exasperated by their differences in lifestyle and by 1925, the apartment was divided into separate living quarters – the downstairs pristine and bourgeois, the upstairs a frenzied artist's studio. In 1927, Picasso began an affair with Marie-Thérèse Walter, a beautiful young girl with an athletic build and Grecian profile, the perfect muse for Picasso's etchings and sculptures. The Sculptor's Studio group of etchings features Picasso the sculptor contemplating his work as well as his model, the sculptor's dilemma in attempting to create a perfect version of reality (Le Repos du Sculpteur et la Sculpture Surréaliste). Picasso weaves mythology throughout the suite, reimagining the events of his life as a fantastical drama. Marie-Thérèse figures prominently as a sort of Venus, a classical beauty posing for Picasso the sculptor, the scene teetering on the verge of passionate submission. The scene often becomes violent, as in Le Viol and Le Viol II, expressions of emotional and ultimately physical obsession with the subject. He later becomes the Minotaur, half-man, half-bull, "whose power, pride and ferocity he regarded as corresponding to his own personality." In Minotaure attaquant une Amazone, the beast is possessed by "sexual frenzy and unbridled passion," yet in the etching Minotaure mourant, the Minotaur dying in an arena reaches out to Marie-Thérèse for aid, forgiveness, pity. The 16 etchings offered here represent each theme of the suite as well as every stage of Picasso's emotional life, "the bullfight to the end."

Ambroise Vollard (1866-1939) was originally from a small French colony in the Indian Ocean called La Réunion. Trained as a lawyer, he opened a small gallery in 1893 where he championed the French painters Edouard Vuillard, Paul Gauguin, and Paul Cézanne with solo shows. Throughout the first two decades of the 20th century, Vollard's business sense earned him considerable wealth. In addition to dealing in the most avant-garde artworks of the era, Vollard published numerous books with poetry and illustrations, working with artists such as Auguste Rodin, Pierre Bonnard, Georges Braque, Marc Chagall, and Georges Rouault. The relationship between Vollard and Picasso began in June 1901 when Vollard gave the young painter an exhibition in his gallery. In 1910, Vollard purchased the originals of five of Picasso's sculptures, and throughout the 1920s, the two worked together to publish Picasso's etchings that would precede in subject matter La Suite Vollard. Having died in a car accident as the suite was being completed in 1939, Vollard was unable to effectively market the works and the entire inventory was soon sold to Baron Henri Petiet, another Parisian dealer who would disseminate sets and single impressions for the next several decades. Picasso was known to sign the edition only sporadically from the 1950s through the late 1960s, and many examples show up today with little provenance and spurious signatures. The following 16 lots were purchased directly from Petiet by the Hatfield Gallery on September 19, 1973 and are unsigned, as many impressions from the suite were.