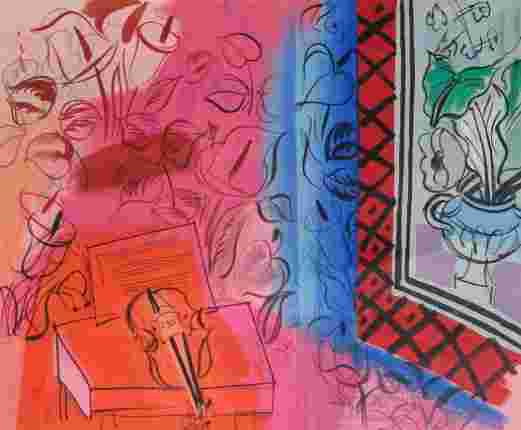 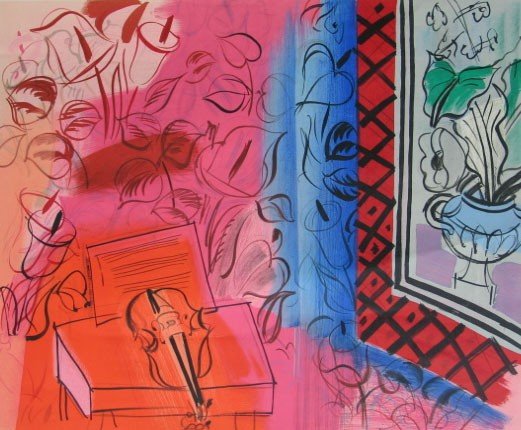 Additional Information: This lithographic poster was printed in 1953 for an exhibition of Dufy's works at the Musee National D'Art Moderne.
It was printed by the famous French printer Mourlot, Paris and published by Editions des Musees Nationaux, Paris.

Condition: Good condition. Handling creases, a few marks in the margins and a small tear (3mm) in the right edge.

Good condition. Handling creases, a few marks in the margins and a small tear (3mm) in the right edge.