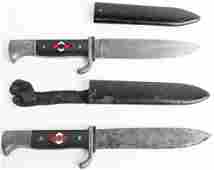 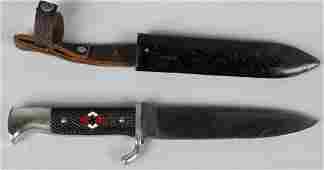 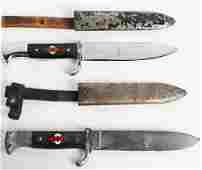 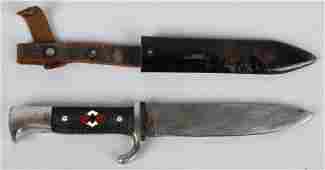 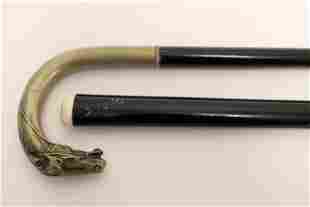 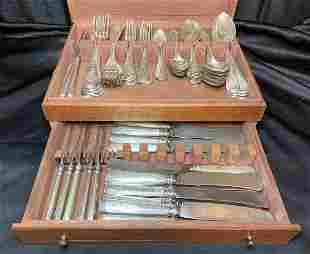 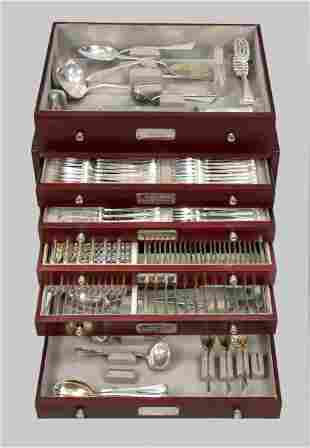 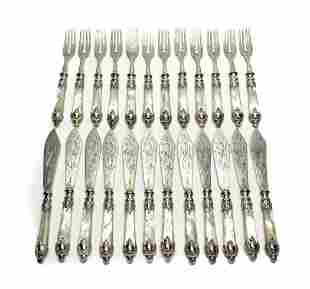 24 Piece German 800 silver & Mother of Pearl fish flatware for 12, circa 1900. Silver foliate scrolls to the endcaps and neck. The blades of the knives with hand chased fish and seaweed. 800 German ma 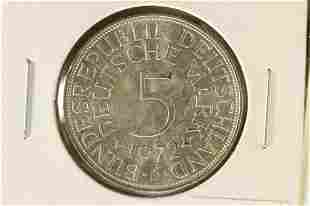 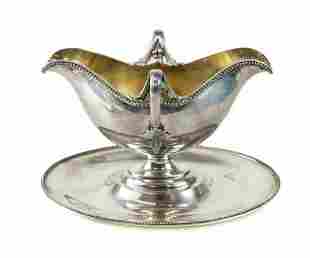 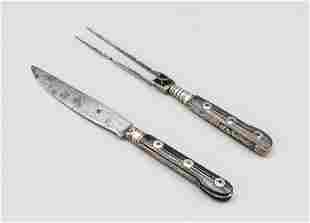 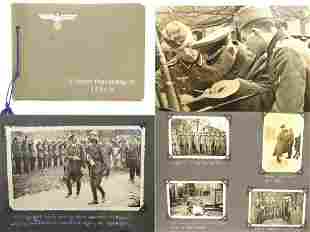 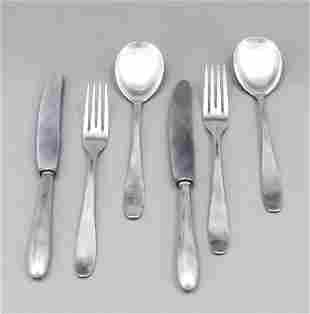 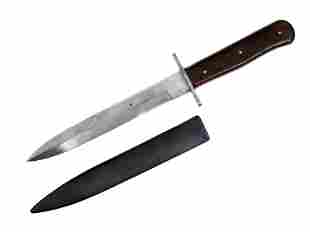 An original WW2 German boot knife with a brown wooden handle and a clip-back steel scabbard. Unmarked.Dimensions: L: 12 in., (30.5 cm.) 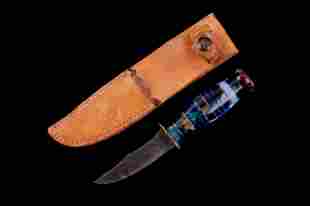 Included in this lot is a World War II U.S. trench theater rose knife and leather scabbard. This knife shows a blue and clear handle with a red rose at the base of the handle. The knife is placed in a 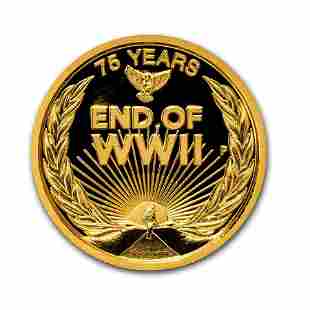 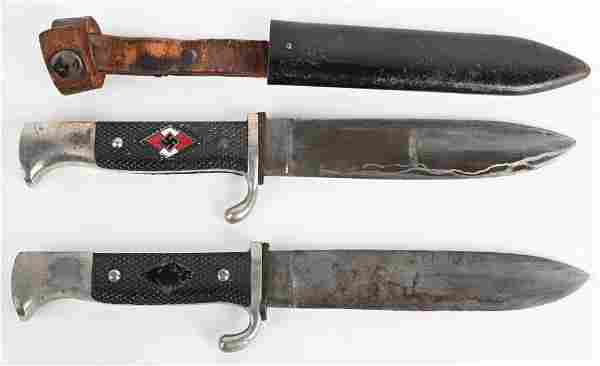